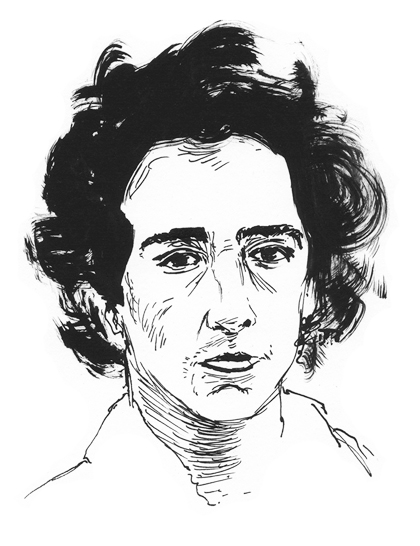 Literature and politics are an uneasy pair, and a writer who can successfully navigate the two is one to watch. Writers who explore political struggles can easily become one-sided or didactic, impeded by the blindspots that taking sides in historic struggles can lead to. The work of writer Daniel Alarcón escapes these tendencies by zeroing in on the individual human dramas of lives torn by, and hearts compelled by, politics and ideology. His 2007 novel Lost City Radio, which takes place in a nameless country that closely resembles Shining Path-era Peru, is clear-eyed in its gaze at civil conflict. The novel follows lives entangled in a shadowy civil war in a desperate country, centering on a radio show which attempts to reunite families with their missing (murdered or otherwise vanished) loved ones. Alarcón took eight years to research and write the book, delving into the history of his uncle Javier, who disappeared during the Shining Path guerrilla war. The seed for the novel’s radio show came from a radio show in Lima called Buscapersonas (“people searcher”).

Alarcón’s ability to counterweigh personal experience and national struggle in his work is certainly related to his deep connection – and distance from – his native Peru. He was born (in 1977) in Lima, but raised in Alabama from the age of 3. He pursued studies in New York and Iowa as well as in Ghana and in Peru, and today lives in Oakland, where he teaches at Mills and California College of the Arts. Alarcón maintains active connections to Peru, helping edit a monthly magazine there called Etiqueta Negra. Alarcón’s first book is War by Candlelight, a story collection. He began writing the stories in 1997 and finished them in 2003, the year one of the stories was published in The New Yorker. In 2010, he was named one of that magazine’s “20 Under 40” writers, with a new story called Second Lives.

“I appreciate writers with something to say.”

Criticism of Alarcón’s work tends to identify his style as too safe, his language flat. His sentences are not flashy, and he is sparing with metaphor and lyricism. Though Alarcón can and does summon powerful imagery and subtle effects in his prose, there is a sense that his priorities are elsewhere: in character exploration, and in the construction of fiction that advances towards and recedes from the reader in an interesting way. The motivations behind characters’ actions are revealed less through direct revelations than by elliptical glimpses, which the reader must piece together. Asked in a New Yorker interview about what he thinks makes a piece of fiction work, Alarcón responded “I appreciate writers with something to say.” He cited among his influences writers who are known as masters of journalistic research and essay writing, including Joan Didion and Ryszard Kapuściński. The book he cited as changing his life was Dostoyevski’s Notes From Underground, and the sensibility of the outsider – both political and psychological – permeates Lost City Radio.

His identification with “writers with something to say” suggests something of Alarcón’s intentions as an artist: to address the world as it is now, and to write beyond his own experience. “I very rarely write anything about myself, my own life,” he told the LA Weekly. One of his interests is in cities: specifically the expanding, vivid, fragmented, and sprawling city of the developing world, of which Lima is an example. Lost City Radio is, in large part, about variously displaced individuals bumping into each other in such a city, and how lives in such a city can intersect, not unlike Mexican filmmaker Alejandro González Iñárritu’s 2000 film Amores Perros. While writing Lost City Radio, Alarcón kept a map of Lima handy which he’d drawn over in marker, reinterpreting the city and renaming its districts.

Alarcón is currently at work on a new novel.