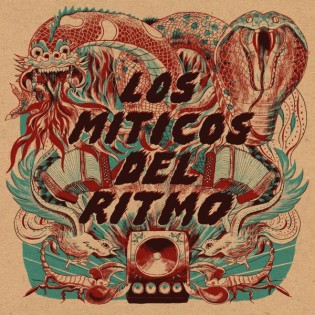 Sometimes things aren’t what they appear, but that’s ok. Surfing cumbia music I came across an odd album called Los Miticos Del Ritmo by a group of the same name, and enjoyed the sinewy sounds so much I kept it on heavy rotation for a while. Plus my 2-year-old daughter couldn’t stop dancing to it, and kept asking for “more baila.”

After listening to it for a while I realized something might be not as it appeared. For one thing, the production was great – almost too much so. Not that all authentic cumbia recordings sound like crap, but generally the instruments are not so clearly separated from each other, so sharply audible or carefully mixed. Then, there was the cover tunes – Queen’s “Another One Bites the Dust” – really?

Los Miticos del Ritmo as it turns out, is actually a kind of concept album, and a mixture of authenticity and artifice – or, maybe better stated, insider expertise and outsider interpretation. It’s of the same type you find in U.S. bands doing their own interpretation of Cambodian pop music (Dengue Fever) or Amazonian cumbia (Chicha Libre).

With Los Miticos del Ritmo the gringo behind the curtain is none other than Will ‘Quantic’ Holland, a British musician currently based in Bogota. If the name sounds familiar, it might not one you yet associate with Latin music, because the prolific producer started by mixing funk and soul with electronic music and touring in the UK. 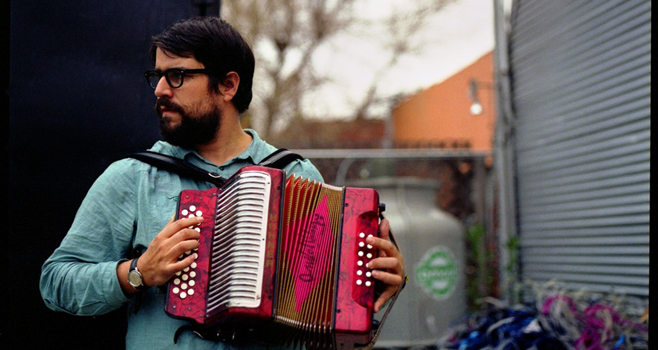 For this album, Quantic worked with a seven-piece band of seasoned cumbia musicians in Cali. The album’s lost-in-time feel comes largely from the use of exclusively analog equipment – four track tape, then released first on vinyl LP. Though it first saw the light of day in 2013, the album sounds – and is meant to – like it could have been recorded in 1973.

Quantic’s devotion to Columbian music is pretty impressive. After moving to the country in 2007, he spent five years researching and preparing a large compilation of cumbia and porro music, released on Soundway Records in 2011 as The Original Sound of Cumbia. The massive compilation collected 55 tracks from dozens of 78’s, 45’s and LP’s, tracing cumbia’s rise and evolution from the 1940’s to the 1970’s.

His research, combined with lessons from local artists, clearly informed Los Miticos del Ritmo on which he is one of the musicians, playing accordion alongside Cali players Ancer Rada, Fernando Silva, and Freddy Colorado among others.

Most recently, with his new album Magnetica Quantic has returned to a more electronic approach to music, describing in an interview with Ableton his process of combining acoustic and electronic sounds: “I think more and more there’s an ability to make electronic things sound natural and there’s a way of making natural acoustic elements sound electronic.”

It’s in this uncanny acoustic valley that Quantic excels: where you’re not sure if you’re hearing a vintage sample or a new recording made to sound like a vintage sample, where musical genres and eras blur.