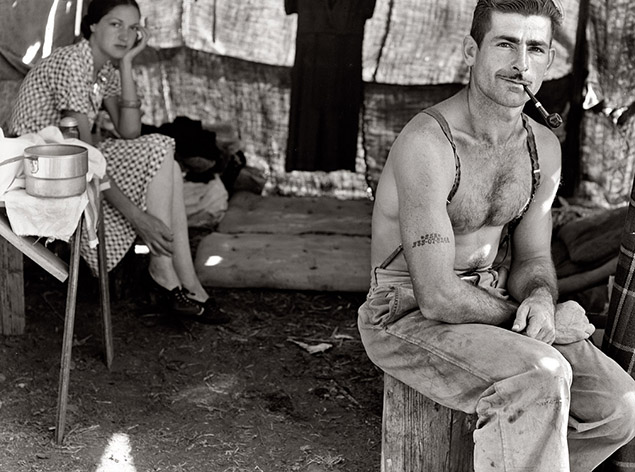 We’re inundated with pictures these days, and photoblogs proliferate with smartphone snapshots. The photographic past is more of a rarity.

Shorpy, the “Hundred-Year-Old Photo Blog” is an amazing archive of mostly copyright-free (or at least, copyright-gray) high resolution imagery from the past. It’s full of pictures like the above one of an unemployed lumber worker in 1939.

(Click on any of the photos in this post to open them full-res on the Shorpy site.)

The pictures are scanned and submitted by contributors and registration is open to the public and free. The site accepts submissions from more recent eras but asks for a focus on pictures “from the dawn of photography to the 1940s.”

Viewed in its totality, the Shorpy archive gives you an amazing panorama of American history, in all its beauty and ugliness. There are mundane moments given weight by the passage of time; long-dead people frozen at a moment when they were looking ahead to an unknown future as uncertain as ours is to us.

One of the nice features of the site is City Galleries where you can browse Instagrams-of-the-day from your favorite city in the era when your hip great-grandparents were getting down to vinyl 45’s on a hand-cranked Victrola.

There wasn’t much left of City Hall after the great earthquake and fire of 1906. 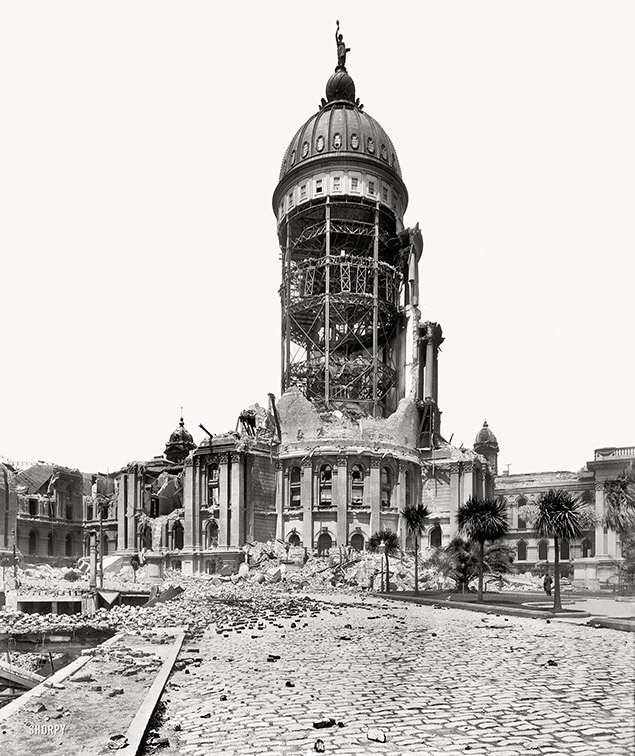 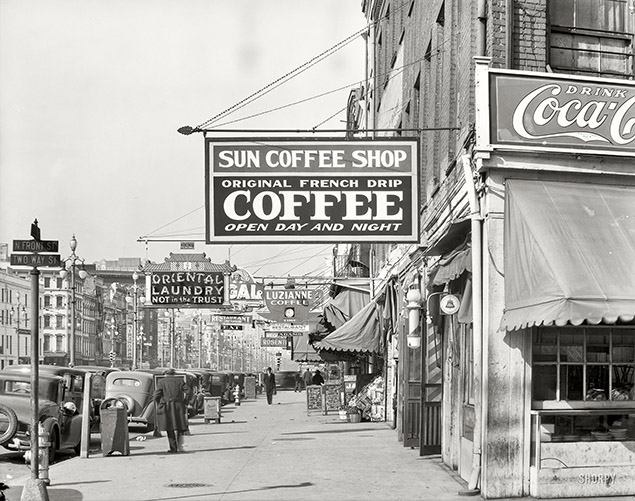 The skyline was a little different in 1931. 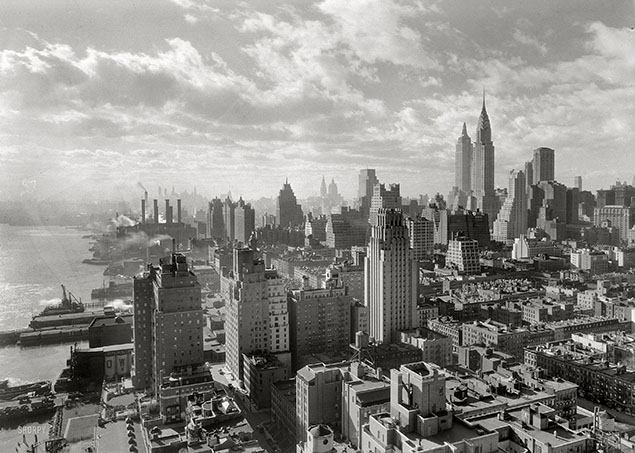 Shorpy isn’t just a nostalgia-fest. Many of the photos freeze chilling moments from the past. 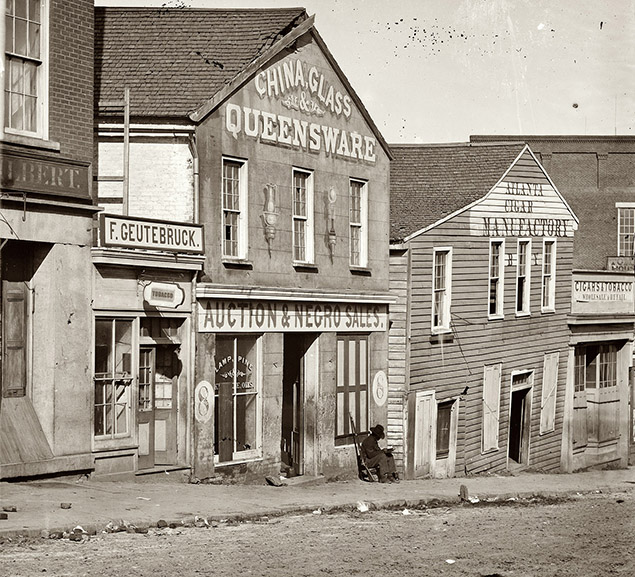 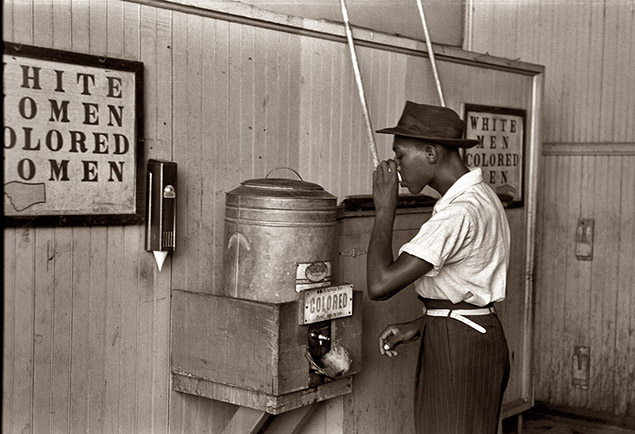 White Wash: 1951. In Birmingham Alabama even laundry was segregated. 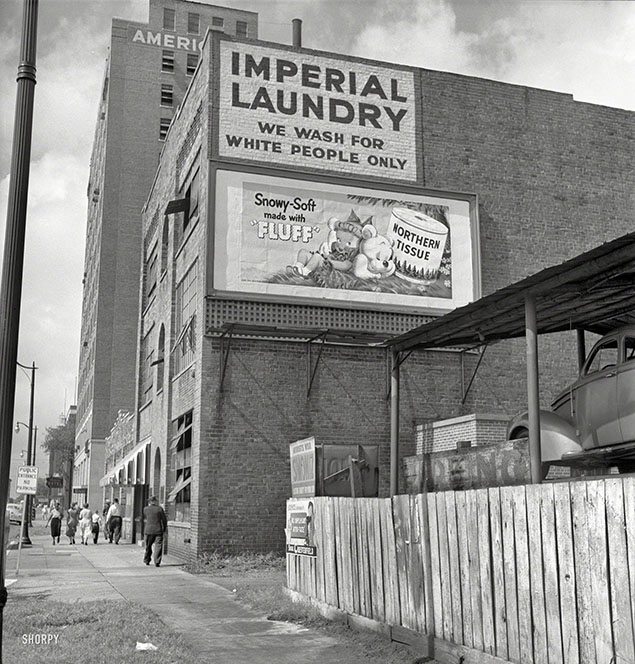 Ashwood: 1939. White kids in blackface getting those values nice and early. 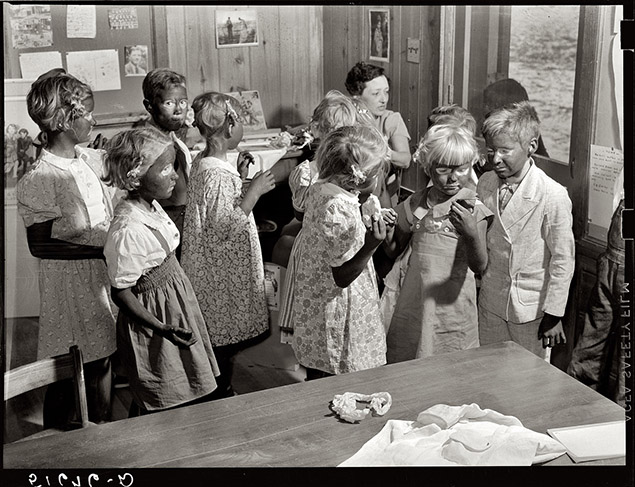 Matinee: 1939, Mississippi. The door on the lower left says “White Men Only.” 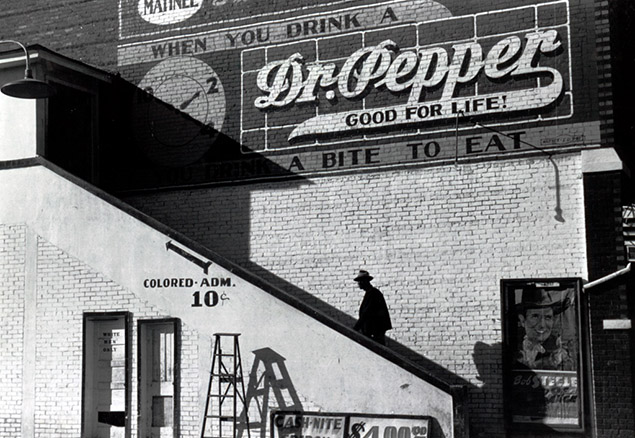 In addition to the sobering truths in the pictures regarding racial realities, there is also the evidence that black musicians have always been at the forefront of American cool. Check out these guys, from New Iberia, Louisiana in 1938. 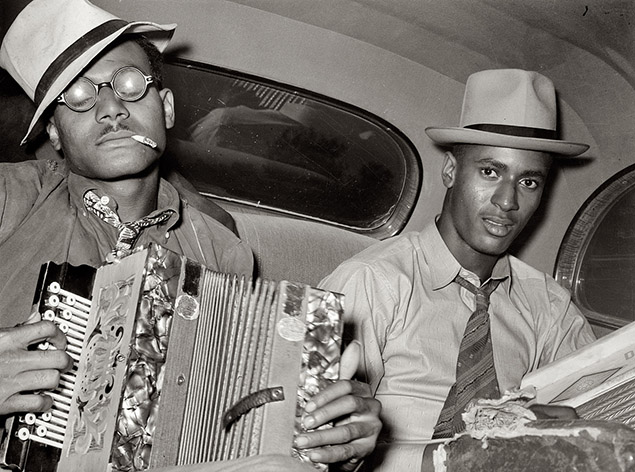 There’s loads of different galleries that intersect the Shorpy archive. If you’re obsessed with urban transit, like me, you’ll find these cool: 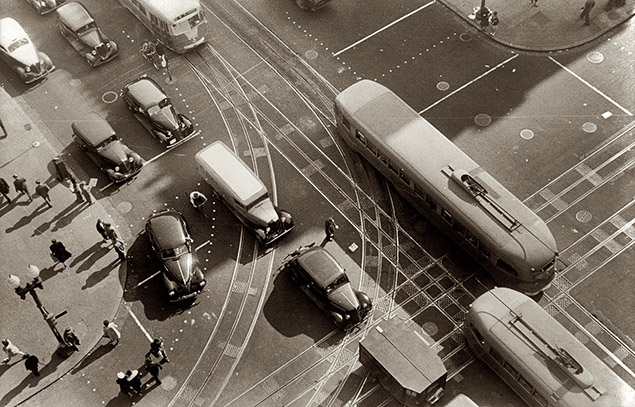 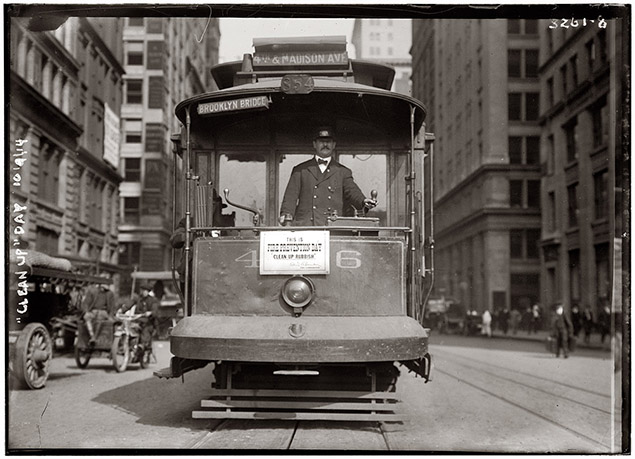 This one from a “submariner” train going under the Hudson River, 1908 heading from New York to New Jersey. 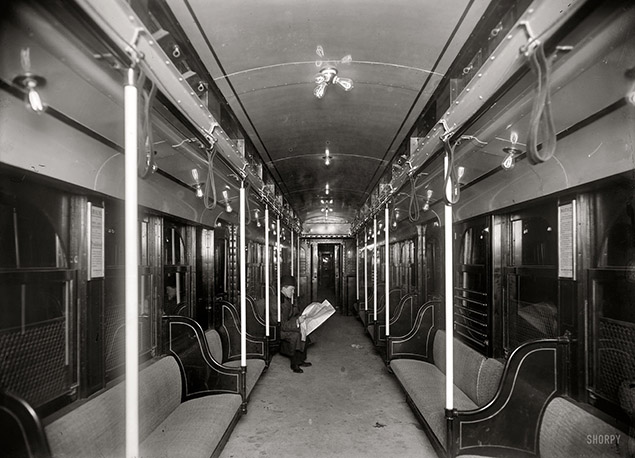 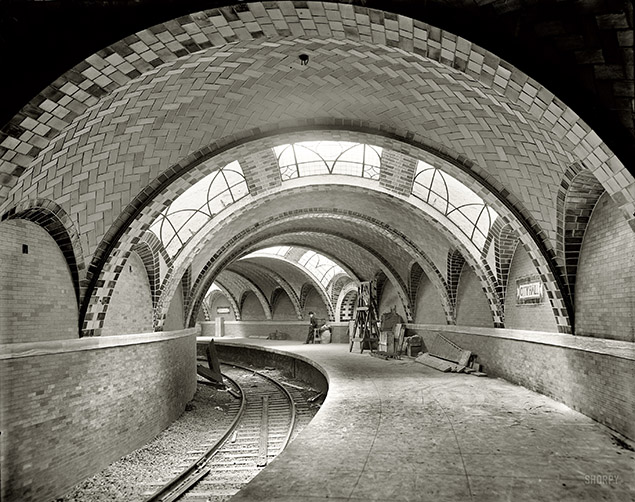 Before Detroit became Motor City, it looks like they had awesome urban rail – 1917. 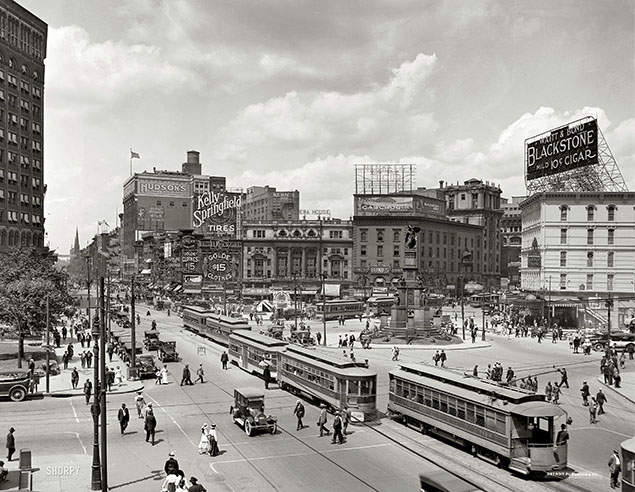 Inside of a streetcar in Omaha, Nebraska, 1938. 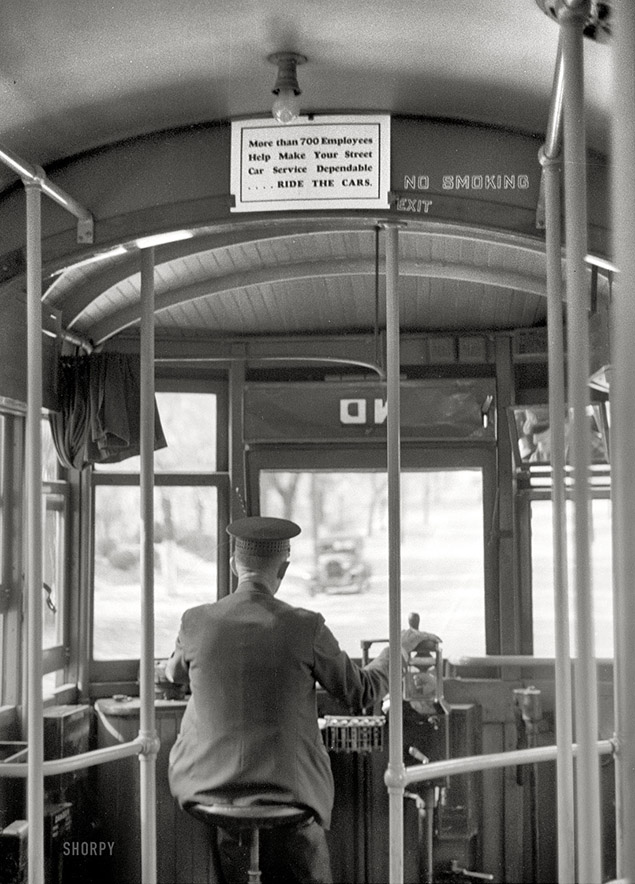 The “streetcar to the sky” heading into the San Gabriel mountains from Los Angeles was just a part of LA’s massive urban rail network that existed before the dominance of the car. 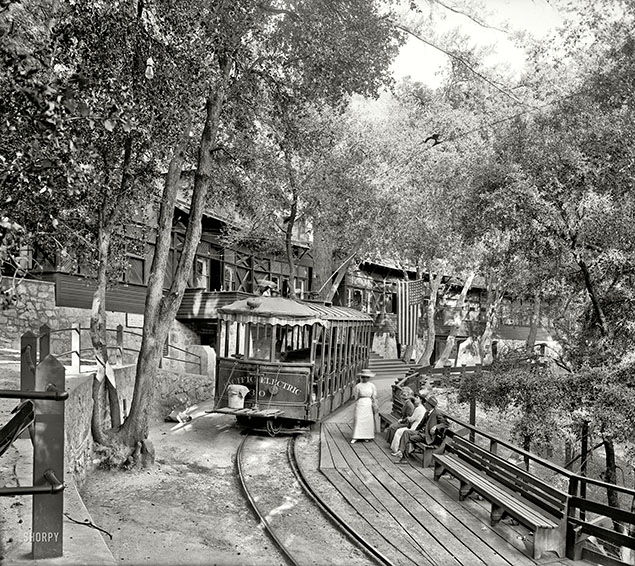 Some of the most striking photos (pun intended) are of the mines and mine workers. Mines are still scary places to work today, and were much more dirty and dangerous in the time when these photos were taken.

Pennsylvania 1911. Working for the coal company with a bright future ahead. Ah, those were the days. 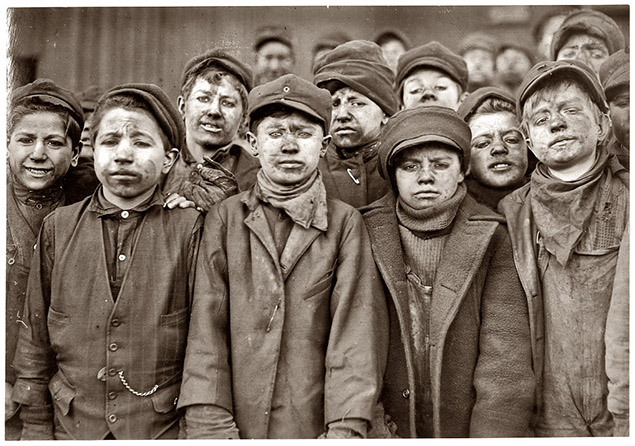 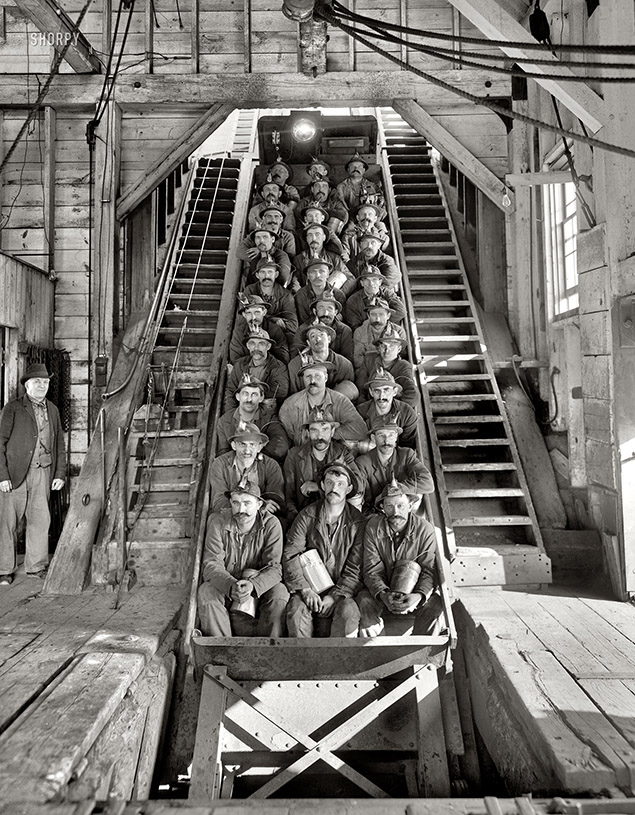 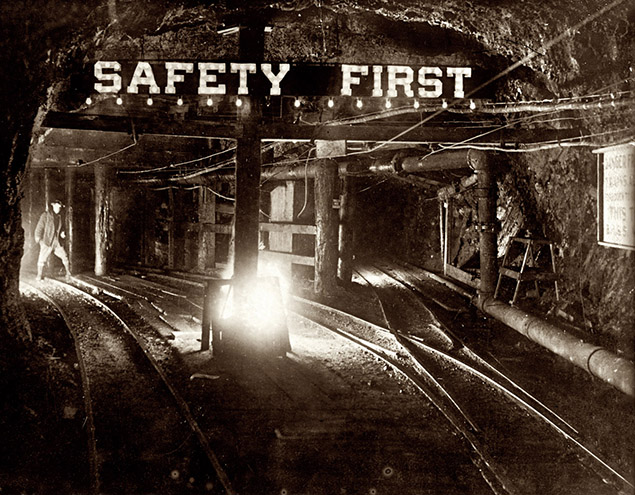 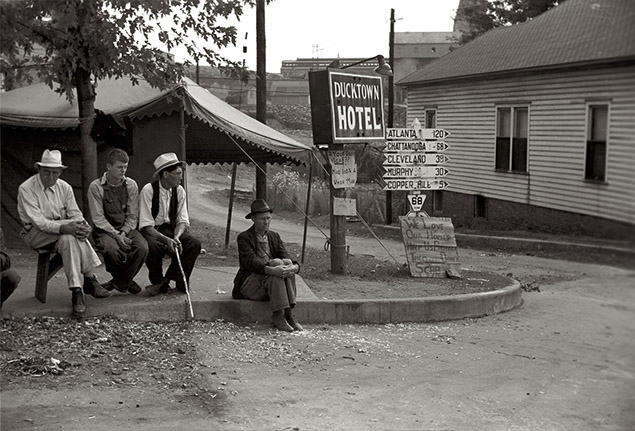 The kid at the center is Shorpy Higginbotham, the website’s namesake. The photo, taken in 1910, shows Shorpy at around age 14. The job of this crew was greasing the tracks where coal cars ran, at risk of being run over. Shorpy died in a mining accident when he was 31. 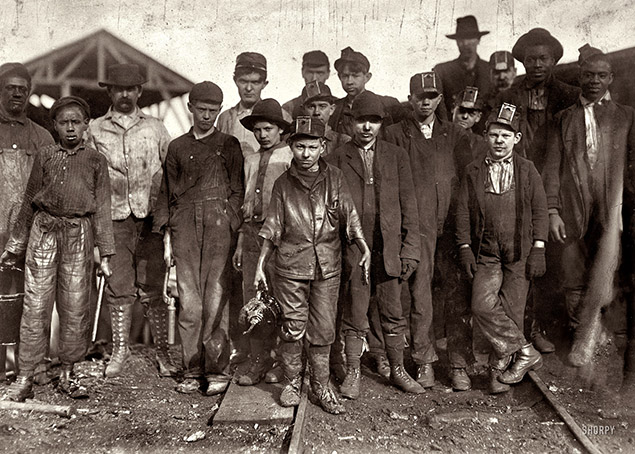 West Virginia coal mine, 1908. Young boys were used in the mines constantly, it seems, on account of their small size and the claustrophobic mine conditions. 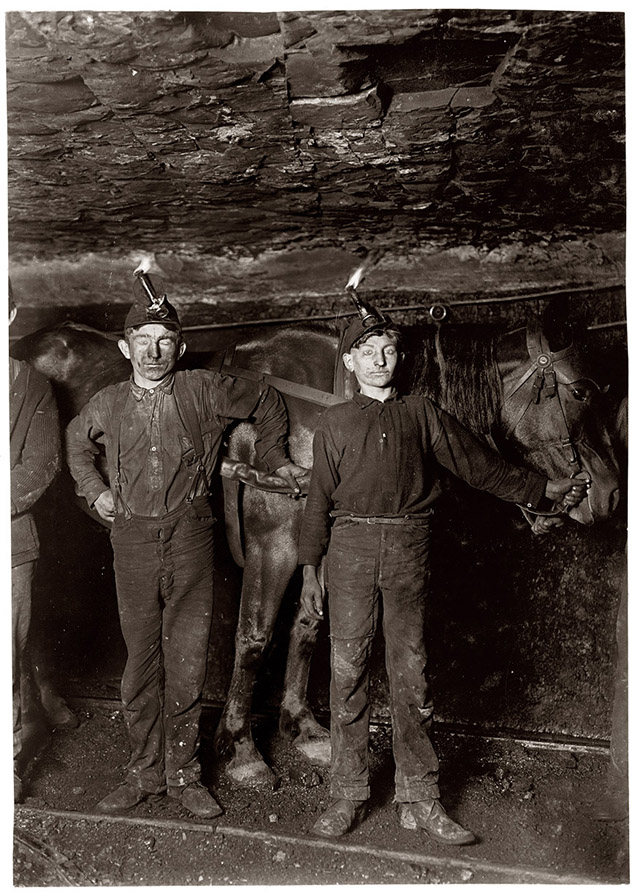 If you got in trouble down there – and accidents happened often – this is the guy who’d be coming to help you. Mine rescue worker, circa 1916. 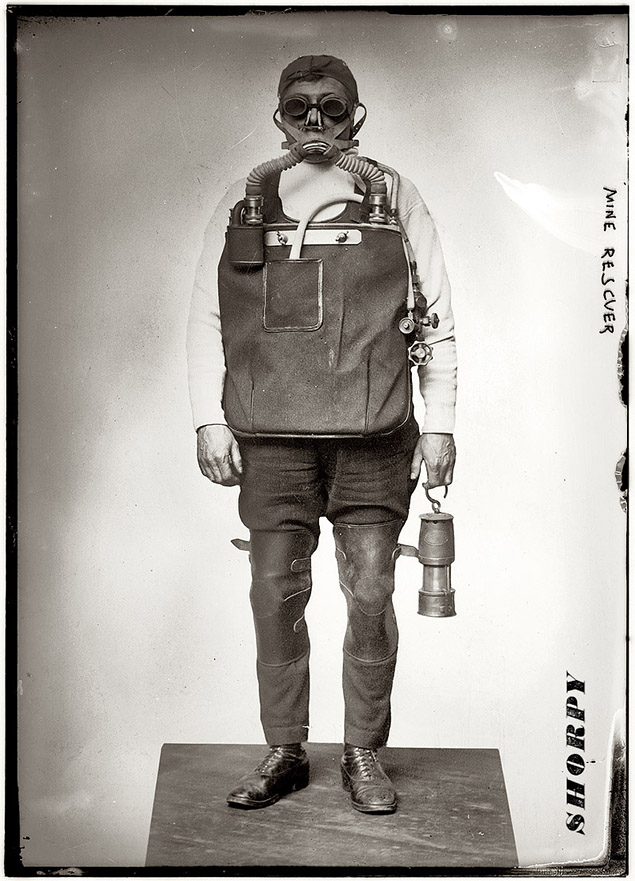 There’s more – tons more, on Shorpy.com. They also have prints for sale, so I’m sure that’s a way to support the project while getting some photographic artwork for yourself.