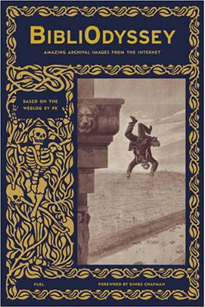 BibliOdyssey is a glimpse into a world where science and art were not so distant from each other. The need to document the results of exploration, travel, and study in the age before the photograph sustained a discipline of representative drawing which has nearly vanished from the world. This rich pictorial legacy, as assembled by Austrialian archivist PK, is incredibly diverse: instructions on conducting surgery and making shadow-puppets; illuminated Norse mythology and Bible legend; first glimpses of the world opened by the microscope; advertisements for forgotten inventions; travel guides to an America that existed only in a European’s dreams; Renaissance-era prosthetics, and much more. Any unity in this tradition, it would seem, is the result of PK’s curatorial sensibility and the reader’s imagination – but there are certainly interconnected microhistories that abound in this volume.

BibliOdysseys’ collection of striking and beautiful images often suggest to today’s reader the flavor we now describe as the occult: symbolic, bizarre, or demonic imagery that seems part of a hidden system of magic or religion. Yet reading PK’s concise decodings of the images he has collected, we’re informed of what the components of this aesthetic really are: “transition works, somewhere between fanciful Medieval beliefs and an emerging scientific rationalism” as he describes several woodcuts of lizards with human faces. In this sense, they’re no different from today’s Creation Museum in Petersburg Kentucky, where Biblical man is depicted interacting with ancient extinct beings, where dinosaurs are regarded as no more and no less real than Adam and Eve and Noah’s Ark. 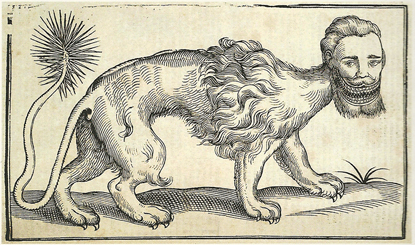 BibliOdyssey is first a sort of history-through-imagery skipping from the Black Death to the discovery of the New World to the first encounters with the microscope and new species of all kinds. But despite being filled primarily with work that was not designed as fine art in its time (though there are book illustrations and prints as well) this book is full of artwork that was later echoed by fine art. It can be viewed as a precursor for surrealist and contemporary figurative art that combines the naïve and folk-inspired imagery with symbolic, subconscious or fantastical elements, often throwing in text along with image. It’s a valuable source for artists today working in that style: and the book itself points the way to much more. 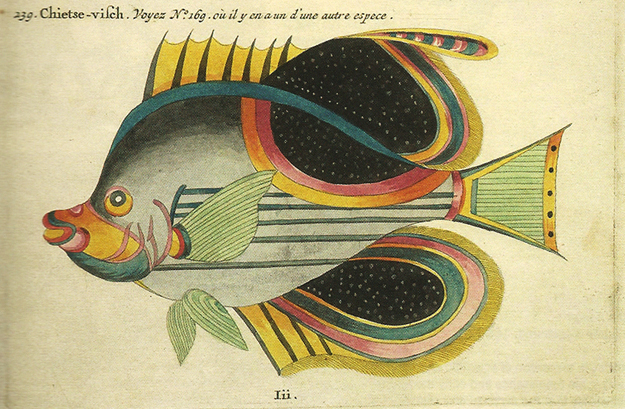 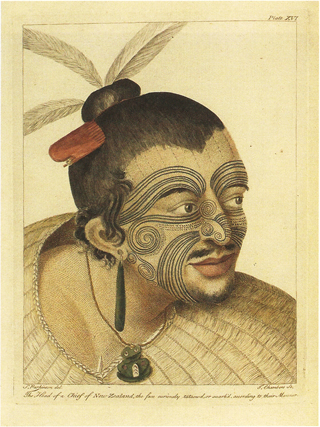 One extraordinary thing about the book is its very conscious presentation as a printed object whose origins exist on the internet. The images in the book are all accompanied by website addresses directing the reader to the archive they originate from: web collections at Universities as well as other institutions. The book is only a sampling of PK’s explorations: BibliOdyssey is a blog, actively maintained, in which work that appears in this book and much more material is indexed, archived and curated. London’s FUEL Publishing, which has put out a small selection of carefully picked texts, has designed this book beautifully, with gold-ink ornamentation on the hard cover and with the text and images well placed throughout the book.

To find the incredible material that PK has published on the web, visit http://bibliodyssey.blogspot.com.