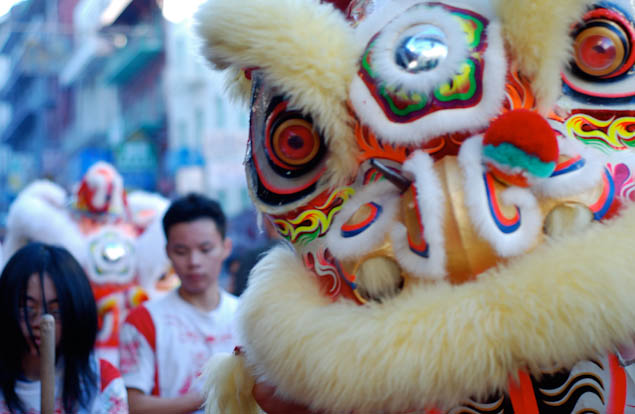 A Conversation With Bonnie Tsui

In her book American Chinatown, Bonnie Tsui charts the changing landscapes of five American neighborhoods. They are ethnically Chinese, as well as hosting other Asian communities, and their often tough history of exclusion and poverty has been tempered from the beginning with resilience and savvy self-presentation. The five Chinatowns Tsui describes—San Francisco (the oldest), New York, Los Angeles, Honolulu, and Las Vegas (the newest)—have been places of constant reinvention: immigrants coming to build new lives and identities, urban neighborhoods in economic and cultural flux. Today more than ever, they’re a portrait of changing urban dynamics and intergenerational complexity. I met with her to discuss the discoveries she came to in her 2009 book, how she arrived at them, and her tips for writers. 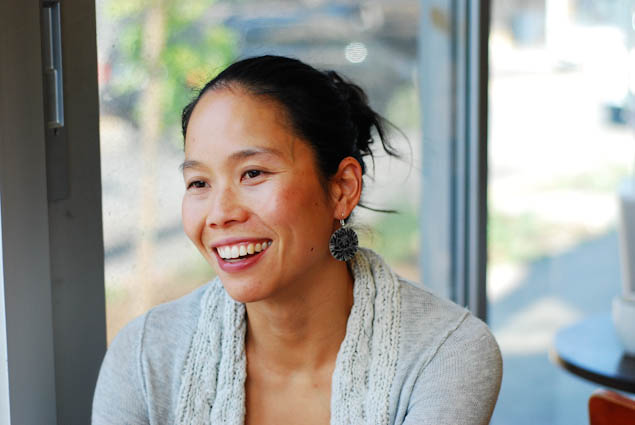 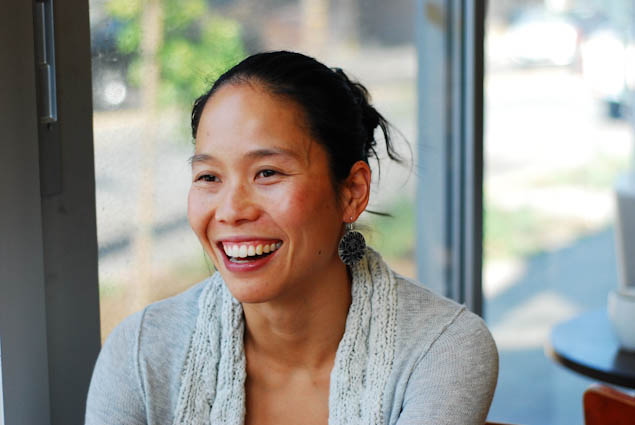 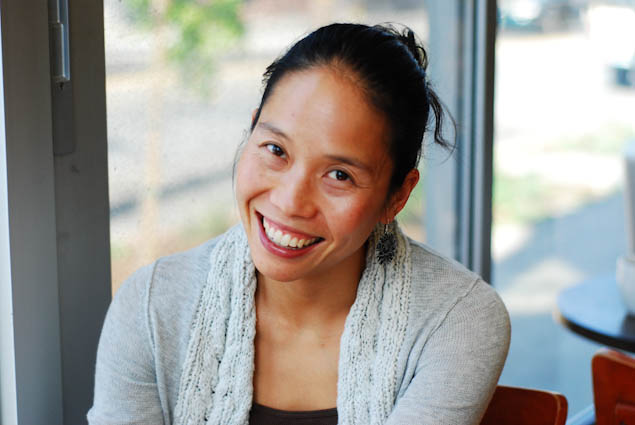 Which Chinatown was the most fun for you to explore and research?

Las Vegas was so fascinating, because it was so different—at first. I felt like it was new ground to explore—not many people had written about it. It’s revealing to look at it as a case study and compare it against these other four, traditional, oldest and longest standing Chinatowns. It was really interesting to see it on the ground almost coming up before my eyes, and to realize that, at the end of it all, they both came together: the traditional Chinatown and this new Chinatown were actually so similar, having been self-consciously invented as much as growing organically.

Like the architecture in San Francisco’s Chinatown—and that was news to me, reading your book, that it was not authentically Chinese of that period, but was a style that was invented.

Even a lot of people who grow up in San Francisco don’t know that. To realize that way back then, in the wake of the 1906 earthquake, you had people thinking of building in a certain way to appeal to and placate a mainstream audience, and appeal to tourists… I was shocked. I was really startled to find it explicated in those terms so early. It certainly doesn’t feel alien to talk about it like that now. 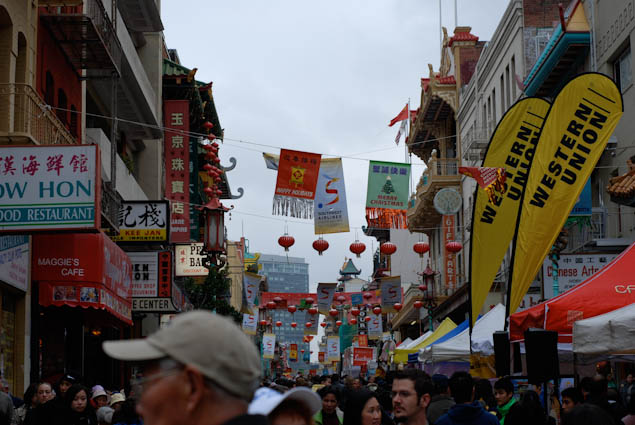 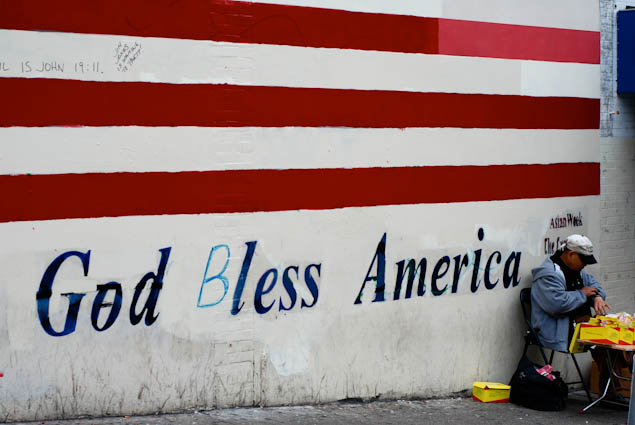 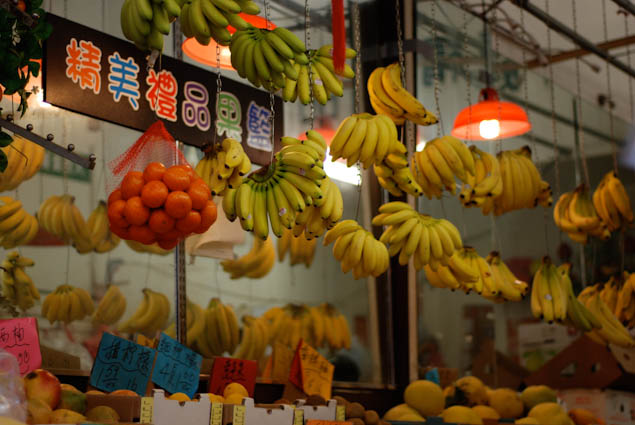 In the early 1900’s there was such pressure on the Chinese community. It’s unusual to think of it in more modern terms of marketing, but it’s not hard to understand the need to deal with those pressures.

It was survival, basically. How best to parry the attacks. When you read the literature from that time, and how the Chinese were depicted, it’s awful. And from people who claimed to be enlightened. Anyway, they were products of the time.

You said that you felt like you can kind of see the Las Vegas Chinatown taking shape?

I talk about this woman in the book, who, on her third day after coming from China, was learning how to deal cards at a dealer school. I mean, that’s outrageous!

How is Las Vegas’s Chinatown different?

The traditional Chinatown grows up in an urban core—there’s retail, residential, there’s everything. These new Chinatowns, they’re often located in retail environments. Like, a mall, as an anchor. And it draws people from all around, because they drive. And so it doesn’t necessarily need to be exactly where people are living.

I think that’s a really crucial difference. The geographic distance is much greater between the living and working environments than in a traditional Chinatown. The density of a traditional Chinatown, like in San Francisco, is a blessing to certain populations, because then you don’t have to drive. It’s very convenient if you are a senior or a recent immigrant, to whom driving is very intimidating. You’re not so isolated. Even in a so-called “ethnoburb,” it can be very isolating because of the distance.

Is the Chinatown of the future a suburb?

That’s an interesting question. I want to preface this by saying I didn’t really concentrate on ethnoburbs because that’s a whole other book. But in talking with the people from the historic core Chinatowns who have moved to the suburbs, or aspire to move there, a lot of them are more prosperous, populated by Chinese who have more options. In the Bay Area, there’s sort of a separation of the Silicon Valley Chinese, who are working in the tech field, versus the Chinatown Chinese, who are more working class.

LA is an important case study to talk about because there is such a huge population of Chinese there, and they moved out from the historic core Chinatown to create alternative Chinatowns from an early time—because of agricultural stuff like markets moving around, and also because the railroad station [Union Station] moved and so the population scattered to create different concentrations.

Monterey Park keeps getting talked about as the first suburban Chinatown. I think it was built by Taiwanese businesspeople. Sort of like Las Vegas—creating a retail environment where the population was.

However, the traditional urban Chinatown continues to serve a purpose for the population of Chinese who are poorer, and don’t speak English, and need the services that are offered there. Also, there’s the chain migration thing that I talk about in American Chinatown—family or friends here that go back for decades, generation after generation, and family members that people really want to be with. 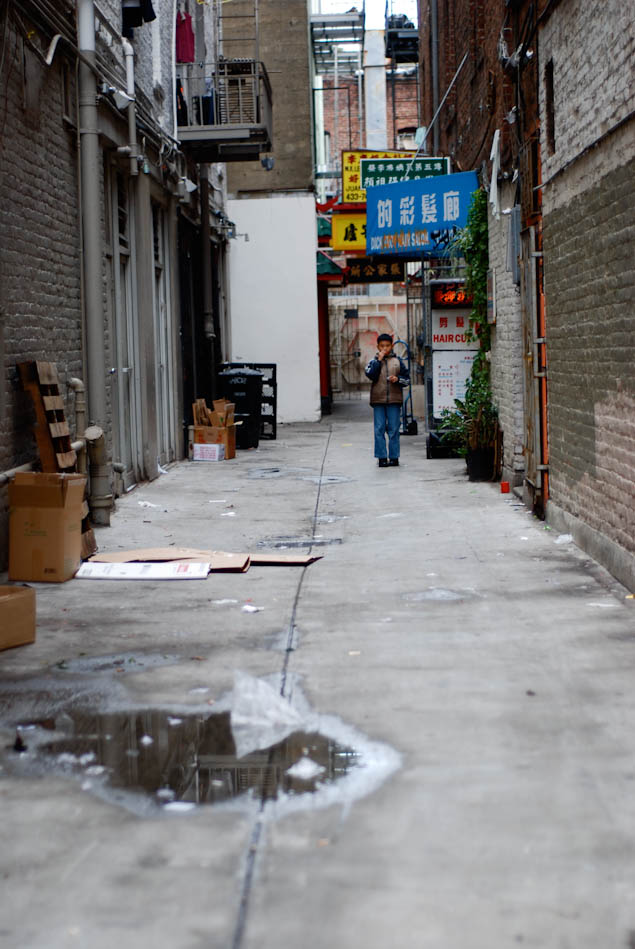 For a lot of young Americans today, who may have grown up in the suburbs, there is this renewed interest in living in the kind of high-density cities their grandparents may have left. I thought it was interesting how the dream of escaping the city, escaping to the suburbs where it is perceived as more prosperous, continues in Chinatown.

For a resident, it is very unromantic. That’s probably one of the best words I can think of to describe it. It’s a kind of hardscrabble, crowded reality, and the truth is that the people that live in Chinatown are people that wouldn’t necessarily live there if they could choose to. People come to this country for all kinds of different reasons, and sometimes you come with unrealistic expectations of what you can do, you know, in terms of a job. In terms of housing you can afford. Once you get here, it’s a hard reality to face your economic prospects.

San Francisco’s Chinatown, and New York’s Chinatown, are dense and crowded largely due to when they developed and then having no place where they could expand to. It’s at the urban core, it’s on prime real estate, and there is a constant influx of people who are kind of restricted to the base that they are in.

The reason that living conditions in Chinatown are so horrible is because there is no room for expansion, and exit. If you grew up there, you don’t really want to stay there. New immigrants come, old ones leave.

When and where did the inspiration come to you to write American Chinatown?

The inspiration for the book really came from my family’s own personal history coming through New York’s Chinatown. It was a place that welcomed them when they needed to be welcomed. I kept coming back to this idea of it as a physical and mental space, and I found myself seeking out Chinatowns in places that I traveled to, like Buenos Aires.

Speaking of Chinatowns outside the US—you were based in Sydney for awhile?

Yeah, I studied abroad there, and worked there at the Sydney Morning Herald. It was a pretty transformative experience.

And was there a Chinatown?

Absolutely. That’s probably the first Chinatown I had experience with outside of the US in any real way. One of my first experiences in journalism was writing about Chinese Sydney. I worked with the literary editor for The Sydney Morning Herald, and she said that we have this ethnic section of the city, and why don’t you go out and find interesting things to write about there. I wound up going and just following my instincts, and it was a really great opportunity, one that I had never had before.

Did it change how you felt about Chinatowns? Just to see it in that other setting, in Australia.

Yeah. Absolutely. So similar, and incredibly different. It was kind of like a stage set of the Chinatown that I knew in New York. But everyone still spoke Cantonese. 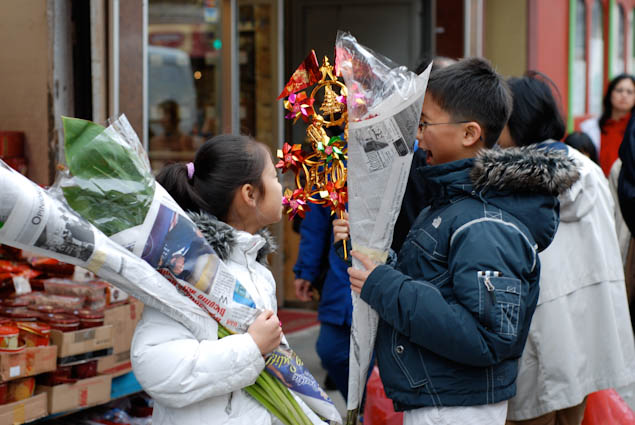 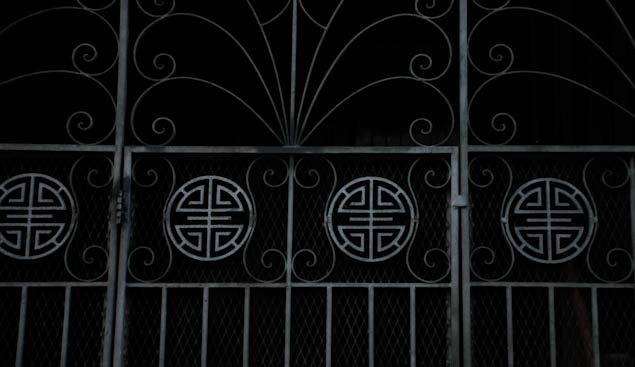 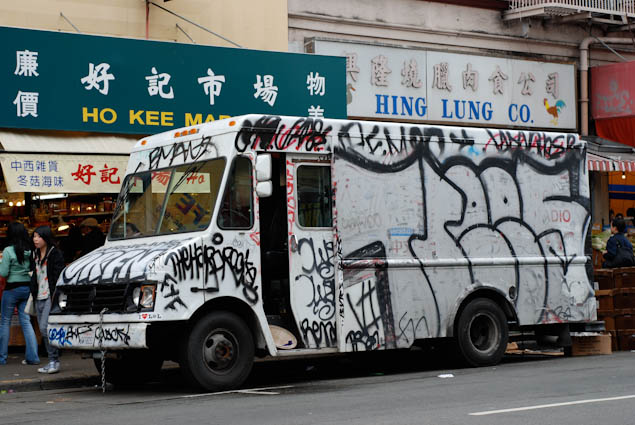 When did you decide to become a journalist, or a writer?

Early on. My father was an artist, so I thought for a long time I was going to be a visual artist. He was a painter. By the time I got to college, I knew I wanted to either be a writer or a visual artist, and that’s when I settled on writing. I did an internship at Vanity Fair, though I didn’t really do anything real—not to knock on them, but they have their own way of doing things. Then, in Australia I really got a chance to write.

What’s your feeling about the writing world in New York compared to that in California?

That’s definitely something I’ve thought about a lot. Coming from New York, moving from a place that I thought I would always be, because of the publishing world, and now I’ve been here in San Francisco, for… this fall it will be eight years.

I think that it matters a lot less now, where you are. I think that it used to matter more—to be a writer, being in New York was almost a requirement, unless your writing was kind of representative of a place. And, I don’t know, writers known as ‘writers of the West’ have always had a kind of limitation around them, like a little box.

I think now, for a writer, being geographically anchored in New York matters a lot less. Mostly because the publishing industry is dissipating, from a brick-and-mortar thing to something more independent of geographic boundaries. But I suppose it also really depends on the kind of writing that you’re talking about.

What is your advice for aspiring writers?

And now, there are many more independent venues to do it—mostly web based opportunities, whether it’s a blog or a formalized publication that is predominantly on the web. I think it can be seen as an incredible boon to a beginning writer. You don’t have to go through a certain path to be a writer. I think in that respect, it’s wonderfully democratizing.

And what have you been working on most recently?

I just finished a story on American whiskey for the New York Times that I’m really excited about. I was researching a bunch of distilleries that are reviving rye whiskey, rye being the most historic and traditional of American whiskeys—it was what George Washington made, and one of the cool things I learned was that he was the nation’s largest distiller when he died.

I love the process of digging up the stories behind things we think we know pretty well. So I think that fascination with American Chinatowns, the fascination with whiskey—to sort of tease out those elements and tell the story behind them is really fun.

And to talk to people that are so passionate and excited—these guys who are making tiny batches of whiskey, made from recipes pulled from the archives of libraries, tracking down historic recipes to make rye—that’s the fun of it, that’s just my favorite thing to do.