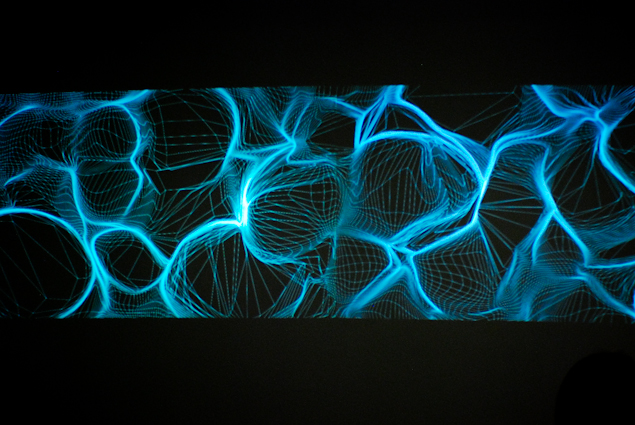 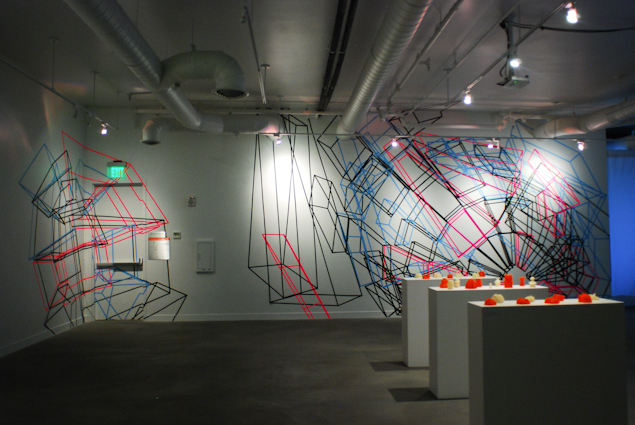 Automatic Writing, a presentation of Norwegian artist Marius Watz’s work, opened recently at Super Frog gallery on the third floor of the New People building in Japantown. The gallery installation includes digital projections as well as pleasingly tactile renderings of Watz’s work—some made using a MakerBot 3D printer and others laser-etched into plywood with the assistance of the San Francisco / Athens outfit, Future Cities Lab. Automatic Writing is part of the San Francisco Film Society’s Kinotek series, bringing attention to non-traditional screen-based art. 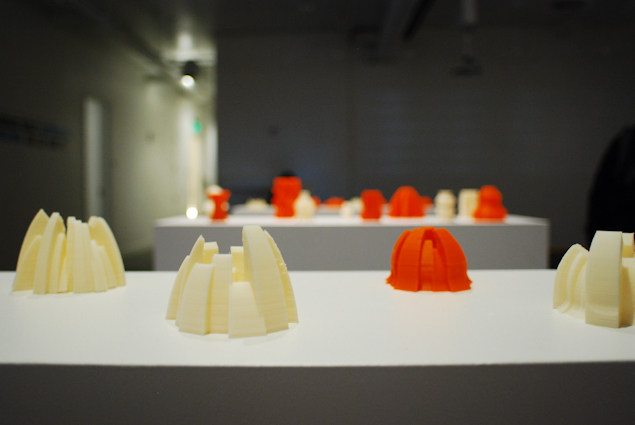 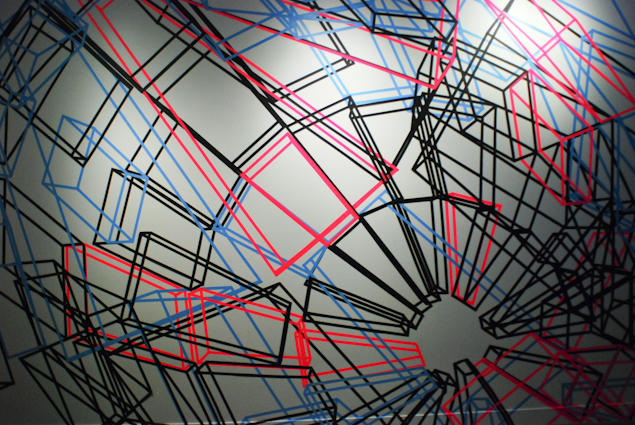 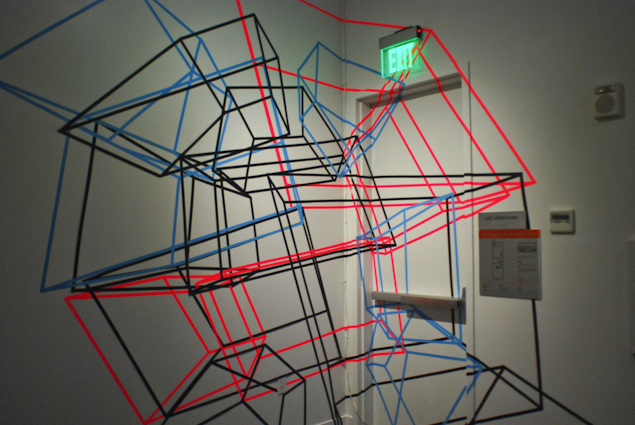 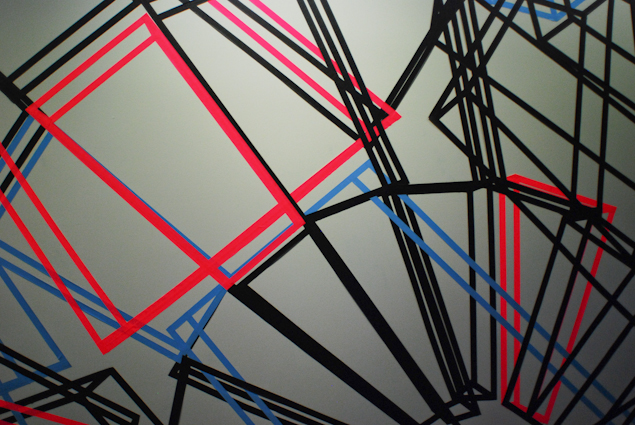 Watz extends his code-generated art into the physical world in interesting ways, one example being the pink, black, and blue tape tracing one of his projections across the walls. For the wood pieces, plain plywood boards have been transformed through laser heat, etched and sometimes burned all the way through in tiny pinholes. The geometric and complex pattern-based designs are given a warmth this way that they don’t have while they remain in a digital form. 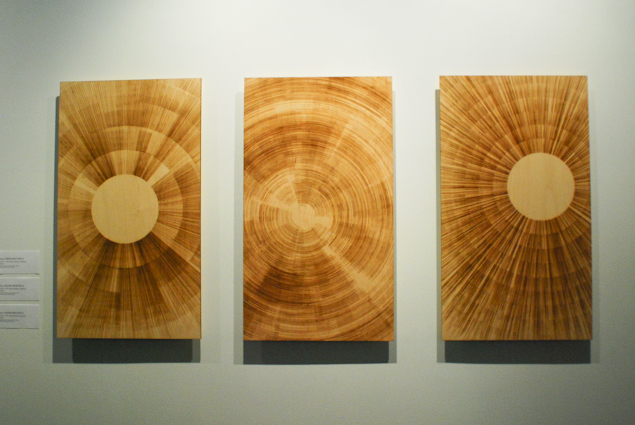 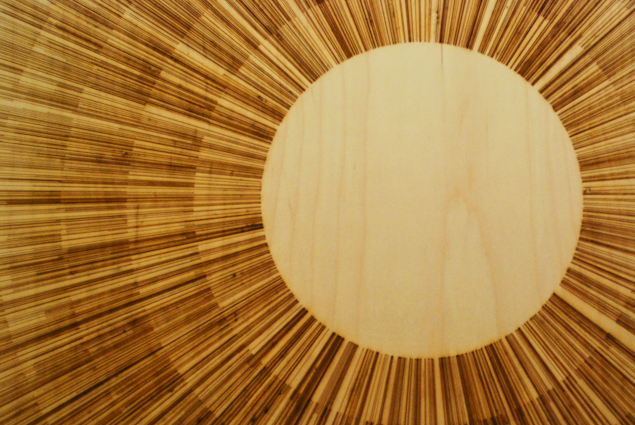 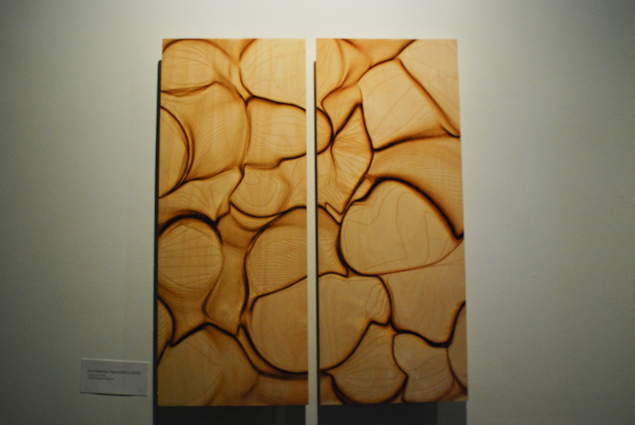 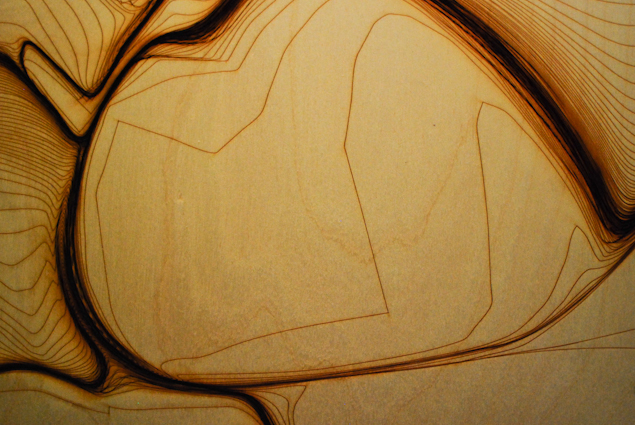 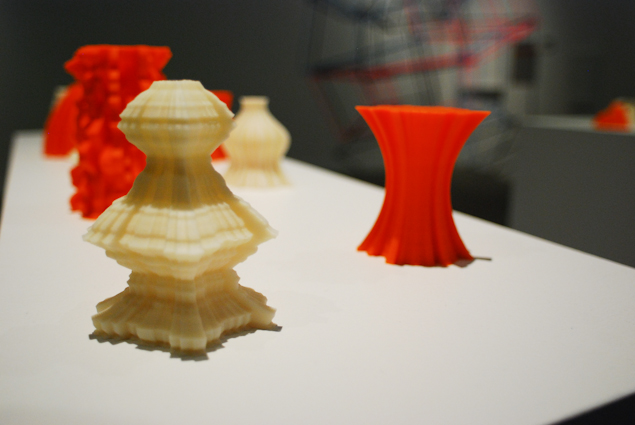 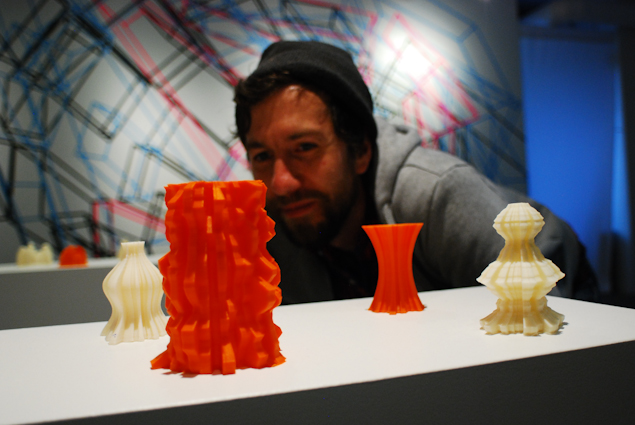 That’s me pictured above, getting a close look at one of the MakerBot pieces, which reminded me of something you’d find in a cave, sculpted by water and wind over eons. Watz’s work, like other contemporary computer-generated art, can be both harshly geometric and strangely organic. This result comes from working with a language that’s similar, in some ways, to nature itself—simple forms are repeated and mutated by other rules into high complexity. It’s a cliche that math is the language of nature, but when I went to Watz’s programming workshop, I understood it in a new way. Much of it went over my head, as my experience is more with web technologies (such as the code that underlies this website). But it was inspiring to get a crash-course in software art from such a skilled practitioner of it. Watz is one of a number of artists using a Java-based language called Processing, which makes it easy to get quick visual feedback while trying out programming ideas—working as a sort of software sketchbook, while also supporting complex, object-oriented structures for those who are able to go deeper. 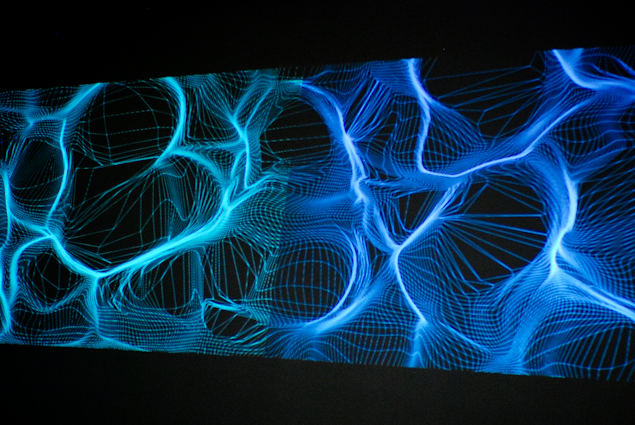 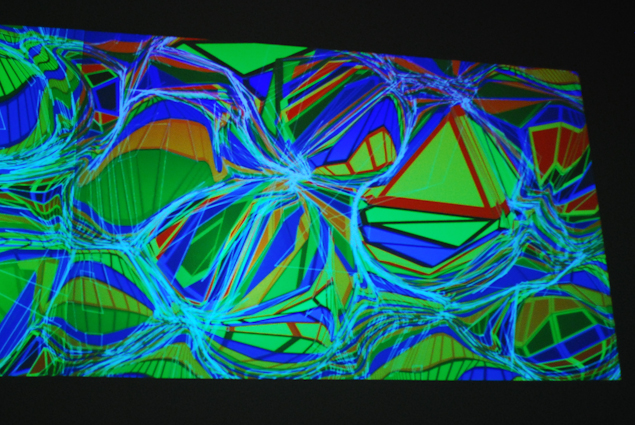 Automatic Writing will be at Super Frog through August 17, 2011. You can find more about Marius Watz at his website, Code and Form: Computational Aesthetics.