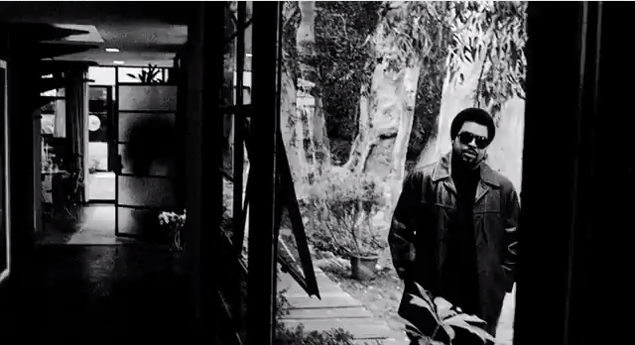 Ice Cube has recently turned heads for appearing in a new role: as a cultural ambassador for the West Coast—his hometown of Los Angeles, specifically.

A recent video features him musing on the creative reuse strategies of Charles and Ray Eames, and comparing their employment of common, mass-produced materials in an innovative way to the way hip-hop artists formed groundbreaking styles out of samples from bargain-bin records.

The video is a promo for “Pacific Standard Time: Art in L.A. 1945-1980,” a city-wide collection of exhibitions showcasing of the area’s historic role in modern art and design. The promo series also features Jason Schwartzman with John Baldessari and, less effectively, Anthony Keidis with Ed Ruscha.

“Everybody who comes here thinks they got the place figured out, but you can never get this place figured out,” Ice Cube told The New York Times, who recently did a Q & A discussion with him where he explains how he enjoyed the chance to show off what his often-maligned hometown has to offer.

This recent turn of Cube’s shouldn’t be a surprise to those who’ve given his recent music a listen. In 2010’s I Am The West, he strikes the pose of a rapping elder statesman, first boasting of his longevity and then proving it by having something to say—at least on a few tracks, like “Hood Robbin”, which calls out deceptive mortgage lenders, a corrupt health care system, and others in a scathing defense of urban communities.

The rest of the album is mostly given over to praising and defending L.A. and the West. On “Nothing Like L.A.” he says cities like Tokyo and London are cool but have nothing on his hometown. On “I Rep That West,” he gives a regional shout out to California, Arizona, Nevada, Colorado, Oregon, Washington, New Mexico… and even Oklahoma.

It’s nothing personal, no revival of East Coast-West Coast rap wars. But it’s pretty clear that Ice Cube has had to listen to someone be a snob about his city one too many times.