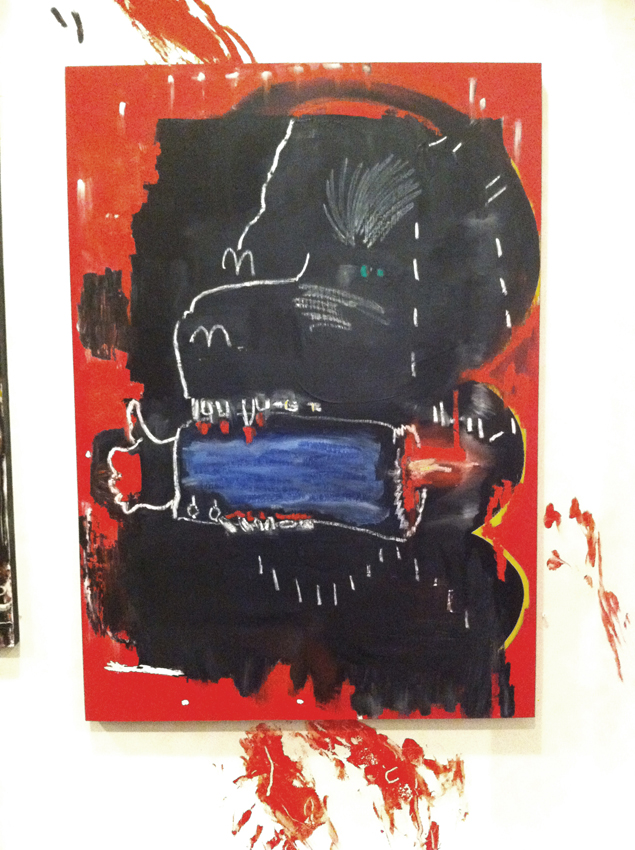 It Hurts to Let You Go: Levi Pata at Kokoro Studio 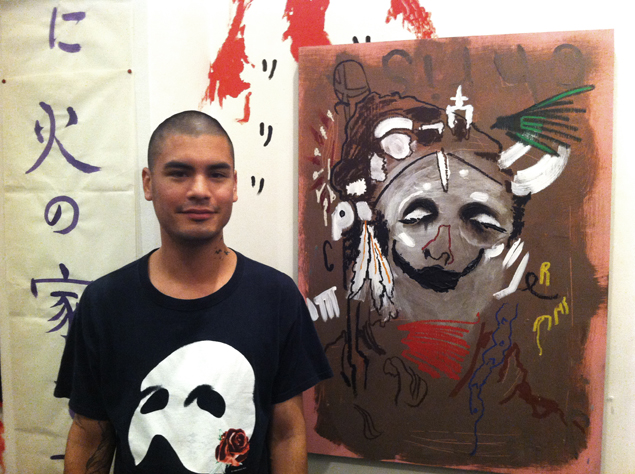 Levi Pata is from California but his debut solo show came when he was living in Tokyo, where he went to study language after high school and was inspired by Japanese artists such as Yoshitomo Nara. Pata’s work is abstract but driven by elemental forces, rather than pastel shadings; he uses his fingers rather than brushes. His first U.S. solo show, “It Hurts to Let You Go,” is now on view at Kokoro Studio on Geary St.

You lived in Japan for a while: that must have been a huge experience—what was it like, and how did it impact you creatively?

When I first moved to Tokyo, I had about 2 months of completely free time where I painted alone everyday. There was a lot of time that I would spend exploring my neighborhood and finding these beautiful, quiet places, and I kept going to them. I think that time led to finding the best conditions for me to be productive.

Another big part of being in Tokyo was receiving so much help from people there. The entire time I was there, I received so much selfless help from people who really had no reason to help me. This feeling also helped me find more confidence in my ability. Events and moments where I felt appreciation and contentment began to happen more and more. In Tokyo, I began to find out how to go with my own flow, rather than against it. 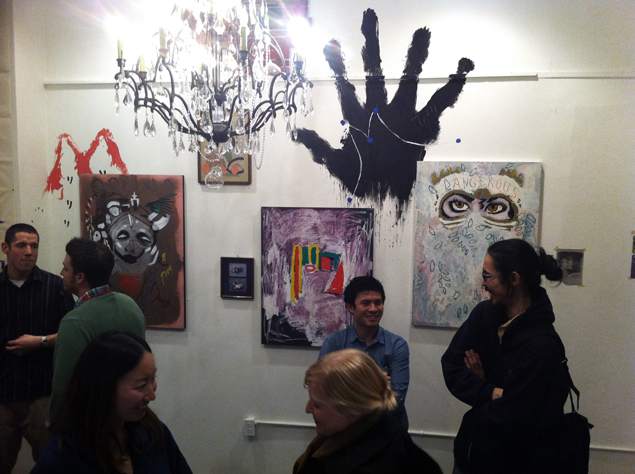 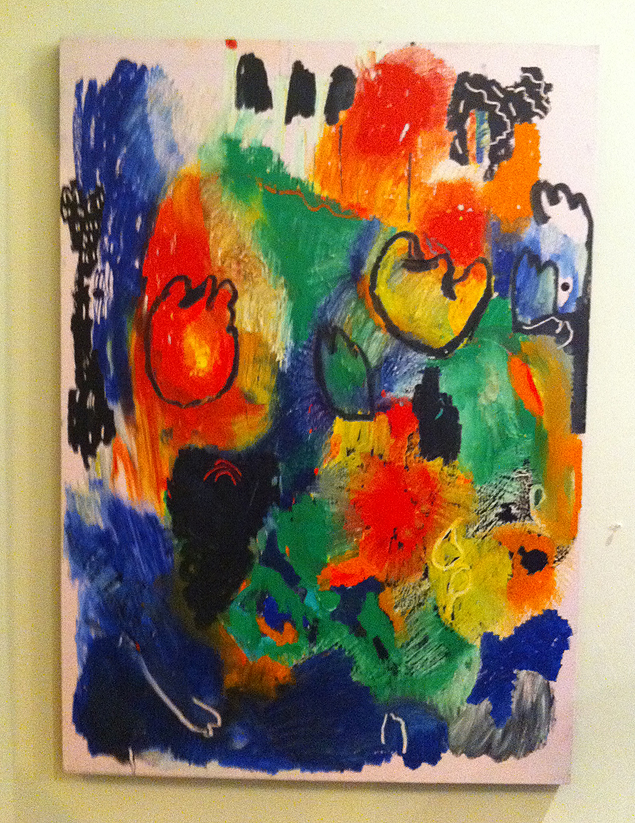 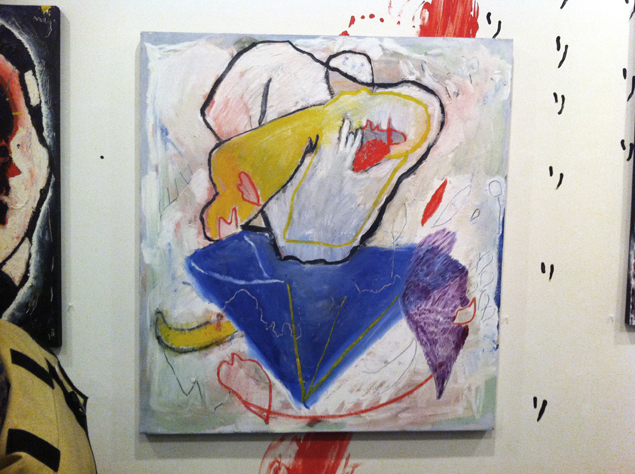 You’re from Paradise, California and you were born in Hollister. What else can you say about the places and people you grew up around and how it shaped who you are?

Paradise was overall a good place for me to grow up in. There is a lot of nature there, but it also has a lot of things going on beneath the surface, which I was very sensitive to from a young age. As a kid, I often felt a underlying sadness in the scenes around town. I spent a lot of time playing in the yard, alone, except for a cat. I can now appreciate this lonely time, because it was when I began noticing a world that exists, but is rarely taken seriously enough, and incorporated into daily life. 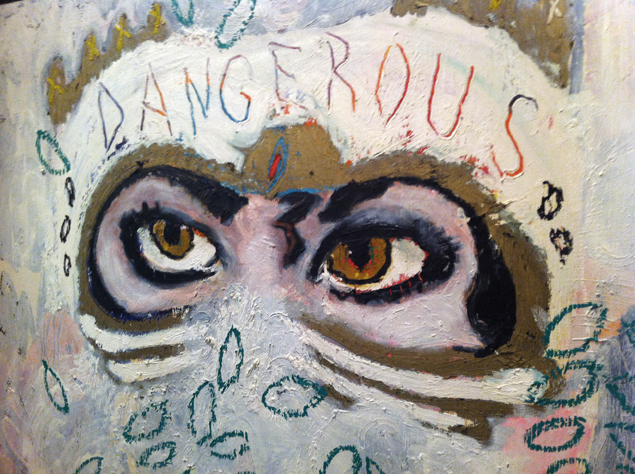 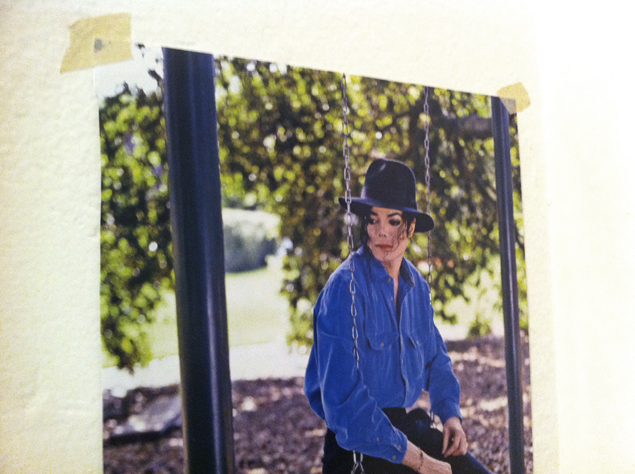 You mentioned you were influenced a lot by music, such as Coco Rosie and Cat Power, and poetry as well as painting. What else comes to mind that got you really into the creative process and into producing artwork?

I’ve read Bukowski, and recently a lot of Zen poetry. I’m very influenced, like Bukowski and also Zen monks were, by simple things which usually go unappreciated. I live right by the ocean in San Francisco, and often go out to the beach alone at night and just stare at the moon and stars and listen to music. This time calms me down a lot and makes it easier for new things to come to me. The music is always there along the entire process, and adds to the mood of what I make. 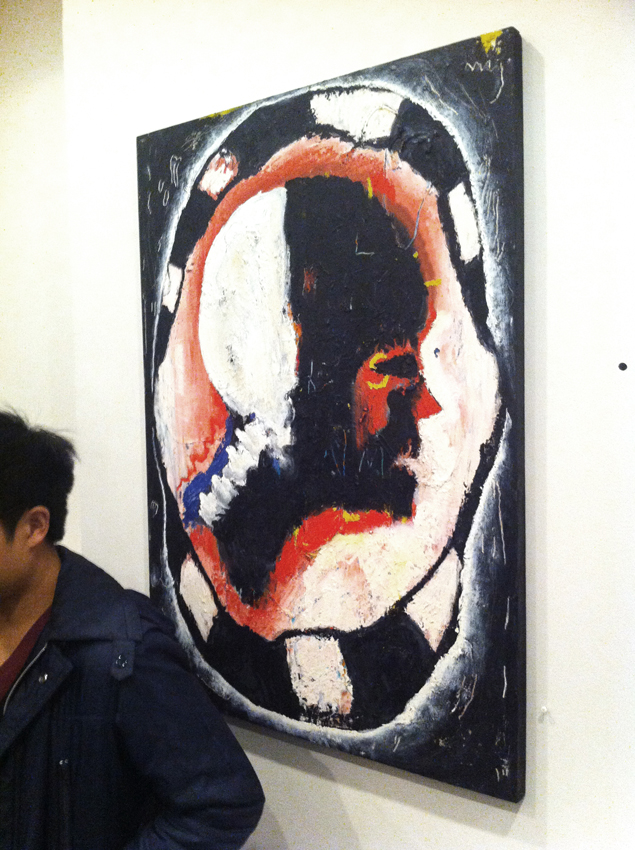 Nice website! What’s the story on plot.web and that project?

Thank you! My friend in Tokyo runs that site, and I have helped him do some translating and things like that on it. My friend uses that site and blog integrally with the other projects he is working on, like his own clothing company, Noid. It’s a good place to introduce people to some good stuff in Tokyo, for sure. 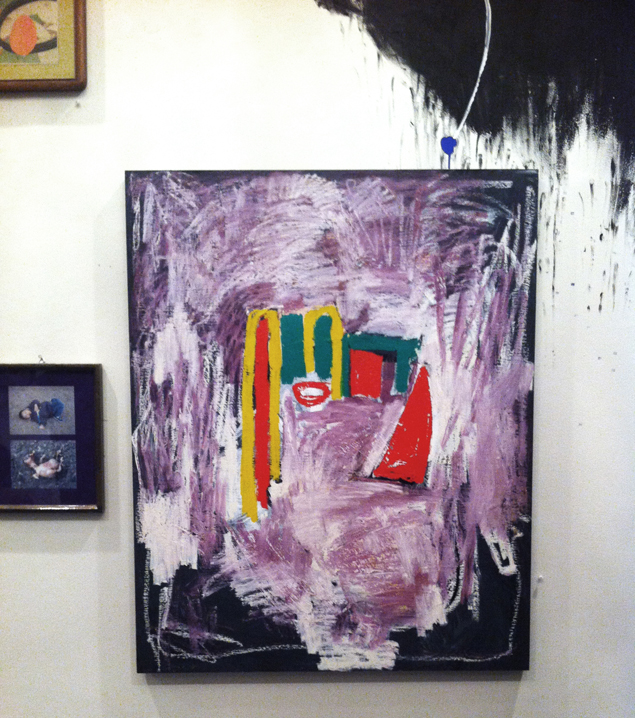 What are your plans for the future and for your work?

I plan to begin to hand-make more and more elements in the process of making art. I want to make my own paper, tools, and paints eventually. I plan to keep moving toward a simplicity in what I am and do. I just got married in Japan, last month, which is something that I am very happy about being a new part of everything from now on. I will continue to have exhibitions in Japan and America, and eventually worldwide, but for now, am enjoying my current one!

Levi Pata’s “It Hurts To Let You Go,” his debut solo exhibition in the US, is on view until February 23rd at Kokoro Studio, 682 Geary St. in San Francisco. See website for gallery hours.