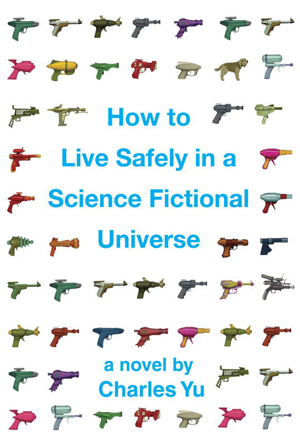 , I heard theoretical physicist Michio Kaku on the radio discussing the “physics of the impossible”—in particular, time travel. I wondered why it sounded familiar to me, and then I remembered Yu’s unusual book, the story of a time-machine repairman who gets lost in Minor Universe 31. It’s fast-paced, very smart, and structurally adventurous, but the characters and world it evokes felt too insubstantial, and I expected my memory of the book to quickly slip away. So I was surprised, a few weeks later, to find myself recalling how much the book had taught me to think about time in a new and interesting way.

How to Live Safely is a hybrid of sorts. I hesitate to call it an experimental novel, because all novels are experiments in a way. But because it deliberately plays with, and flouts, genre conventions, it could be called experimental, and it sort of feels that way. It’s a literary novel and at the same time, a science fiction novel—it’s neither and both.

Yu’s book displays both the promise and the problems of this kind of hybrid creation. Some fans of science fiction would likely be put off by the lack of internal consistency in Yu’s book, by the fact that the trappings of the novels they non-ironically enjoy—imagined worlds, future cities—are mostly a bunch of meta-fictional scaffolding in this book. Likewise, those who appreciate more realistic or ‘literary’ novels may miss the in-jokes and references, and find the airy unreality of the whole enterprise a bit uninvolving. At its best moments, though, it shows the promise of the genre / literary hybrid: a sort of serious tinkering with ideas, and the merging of familiar tropes with literary techniques in unexpected ways.

At the novel’s core is a time-machine repairman named Charles Yu, our fictional (and metafictional) narrator. He finds and rescues people who have become stuck in time—typically because they went to a point in their own or their parents’ past and intervened, causing them to get marooned in a pocket of time—not an alternate universe, exactly. “Time is an ocean of inertia, drowning out the small vibrations” repairman Yu claims, and his musings on science-fictional time, which are also observations on time as we remember and experience it in our strange and subjective ways, are the strongest part of the book.

The book often feels like a sort of mixtape, where several books written in different genres by possible Charles Yus in alternate time-streams become stitched together.

In contrast to much science fiction, in Yu’s book, time isn’t fragile, it’s we who are fragile—time is malleable, self-healing, a river that splits apart and converges. A lowly human can’t break the universe by intervening, can’t alter the course of history. All they’ll do is get lost, split off, marooned on an island, a private and lesser world. This is time travel as imagined by an introvert, a reflective, self-effacing vision of time travel.

Repairman Yu isn’t immune to the temptation to fiddle with his own past by way of his time machine. The latter half of the book takes the reader on a surreal, disjointed journey as he gets lost in time looking for his father, an inventor whose innovations lay behind the time-machine technology—though he lacked the confidence and savvy to make it profitable, and an unethical company swiped his ideas.

The novel’s foremost concerns are cool and structural, coming more from the concepts than the characters: the mechanics and internal consistency of imaginary worlds, the ways our own memories and imaginative constructions of ourselves and others mingle and mesh. But Yu’s style is loose, full of jokes and quips, and occasionally evokes the chummy, self-deprecating humor of a ‘bromance’ movie (lowbrow, maybe, but never mean-spirited) when not looping into clever mashups of physics-jargon and sci-fi references. It feels out of step somehow with the novel’s other facets and concerns, almost too confessional, first-person and conversational, interjected as it is with slapstick moments and spells of over-earnest pathos in the depiction of Yu’s relationship with his lost father. 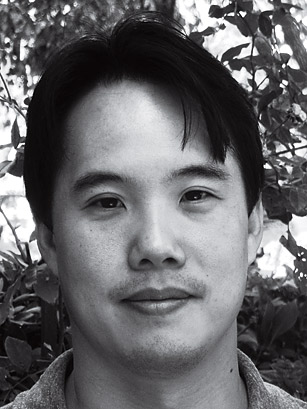 The younger Yu’s search for his father, and the burden of memory this search comes from, forms the emotional core of How to Live Safely in a Science Fictional Universe. And while it does much to bring the book down to earth, this narrative line—interspersed flashbacks and snippets of memory—seems out of touch with the nebulous, conceptual, and half-serious components of the novel. Details feel half-sketched and little in the book is easy to see happening—even in a science fictional universe.

But this is as follows, Yu explains, because it all takes place in “Minor Universe 31,” a sort of discarded half-creation. Whether or not you get a kick out of seeing Yu play with layers of narrative and metanarrative is largely whether you’ll enjoy the book or not. For me, even if repairman Yu’s dog is described in the book as “imaginary” I wanted it to have enough substance and characterizing detail that I could at least for a moment forget I was reading words on a page by an author named Charles Yu. I never did. Unlike Yu the time-traveler who gets lost in time, I never got lost in How to Live Safely in a Science Fictional Universe.

With that said, there are real rewards in this novel—Yu’s meandering-yet-high-powered musings on the nature of time, memory, nostalgia, subjectivity, self-deception, and connection. The book often feels like a sort of mixtape, where several books written in different genres by possible Charles Yus in alternate time-streams become stitched together by the Charles Yu in this universe, a writer born in 1976 in Los Angeles. The Charles Yu in this universe could be doing much less risky things than he’s doing with his writing. Regardless of whether it pleases everyone, it’s a very good thing that he isn’t.