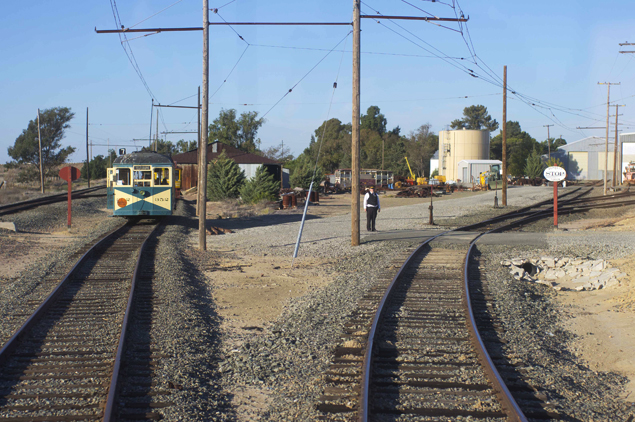 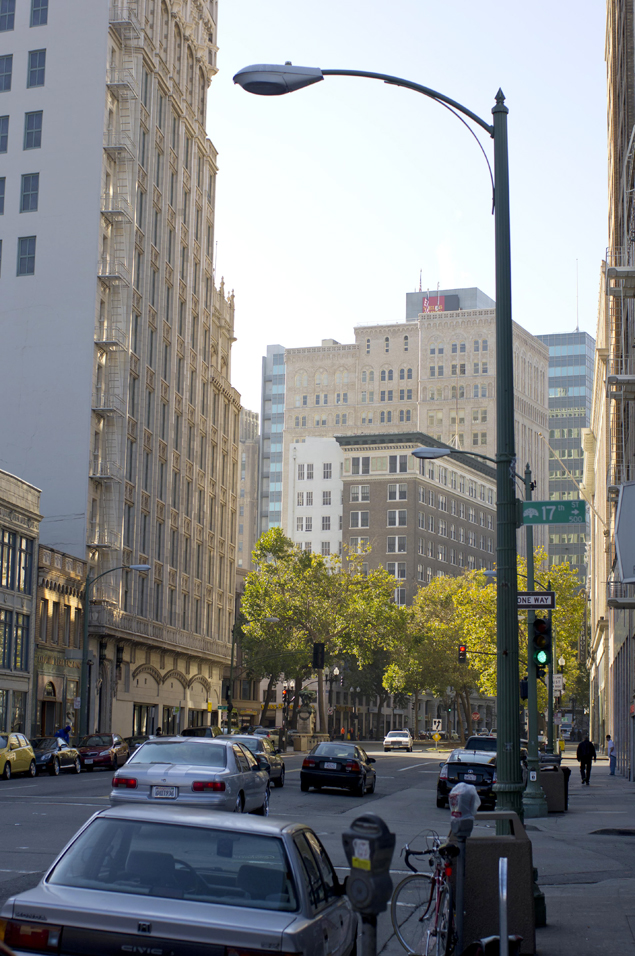 I moved to Oakland in August 2010 for school. Biking downtown, or through my unfamiliar, run-down, artsy neighborhood in West Oakland, I was curious about the city’s history. What was here before? 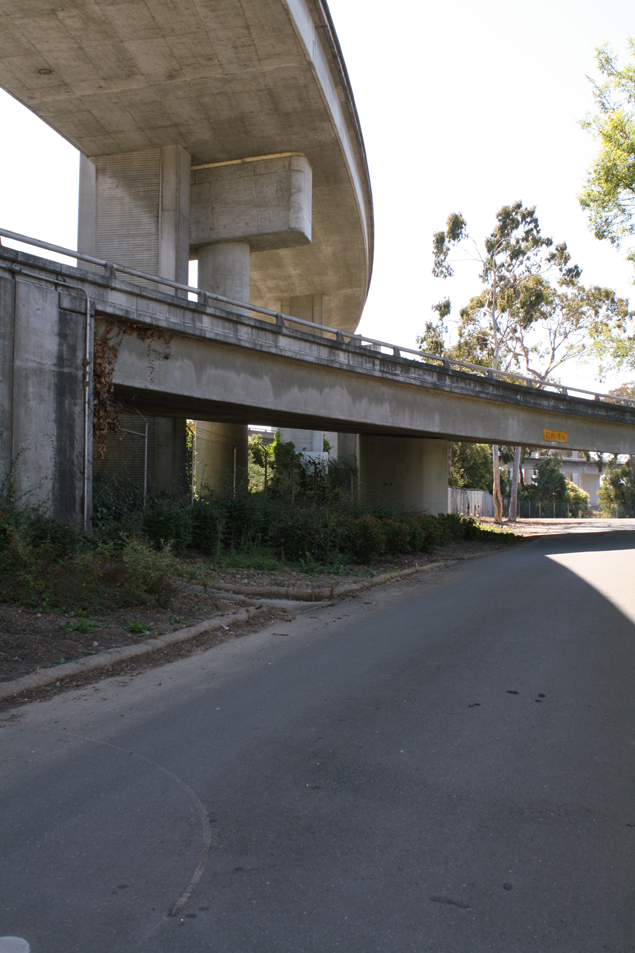 There are lots of these overpass highways in Oakland. It seems like I’m constantly riding under them—the whoosh of the cars and the BART train thundering overhead. They create huge, anonymous shadows and echoes beneath them. 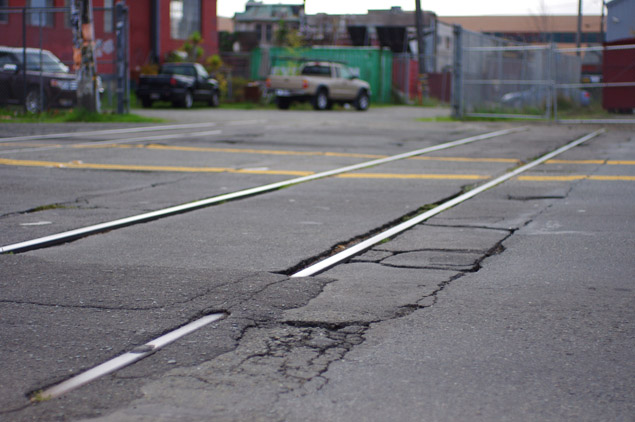 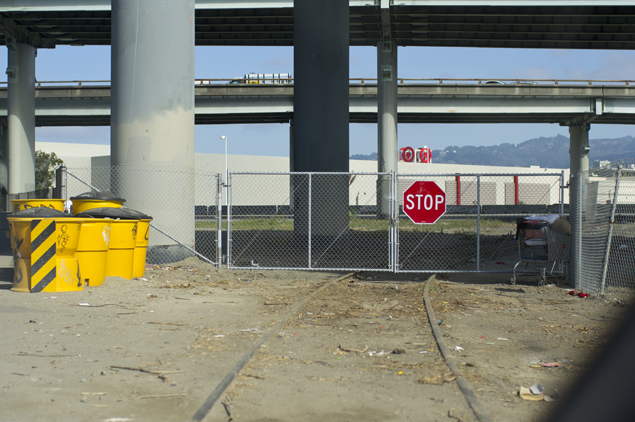 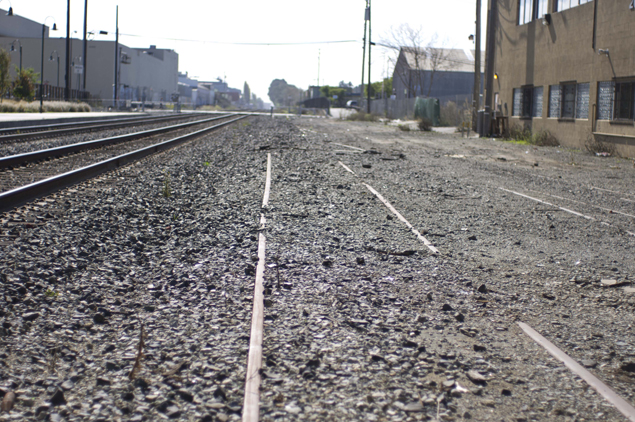 Amongst all the highways and overpasses, the on and off ramps, are occasional railway tracks, many of them obviously in disuse. Many of them left over from earlier decades, they’re scrap—annoying bumps in the asphalt. 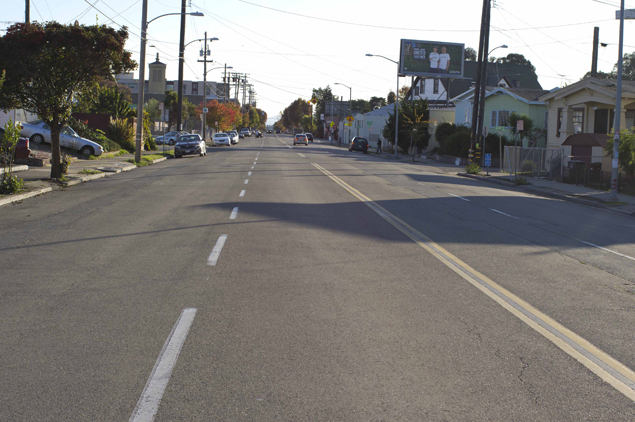 As a newcomer I couldn’t figure out why some streets in Oakland were so desolate. Adeline Street, with its four lanes for cars, has little traffic on it—any time of day. Why? I took pictures to accompany the questions I had, and set them aside in a folder on my computer. 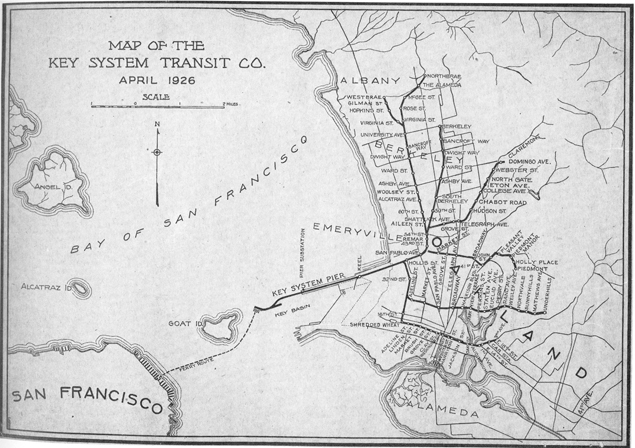 I started answering these questions by rifling through files at the Oakland Public Library. In the library’s Oakland History Room, on the third floor, are drawers and drawers of old newspaper articles. I learned about the Key System that used to run all over the East Bay. It was a system of electric streetcars that took passengers from their neighborhoods to a long pier where they would then board a ferryboat to San Francisco. 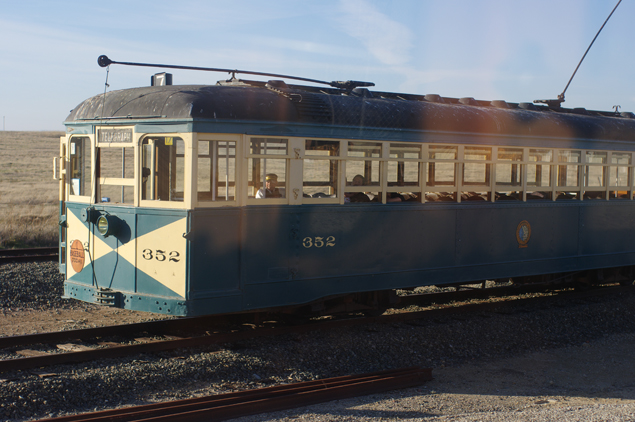 The more I look, the more I find evidence of the Key System on Oakland’s streets. I found out that Adeline Street used to be a very busy streetcar line—it had six tracks of streetcars before the highways were built. Once the highways came, Adeline’s streetcar width became obsolete. As I read about the East Bay’s streetcars, their essence becomes solidified in my imagination. 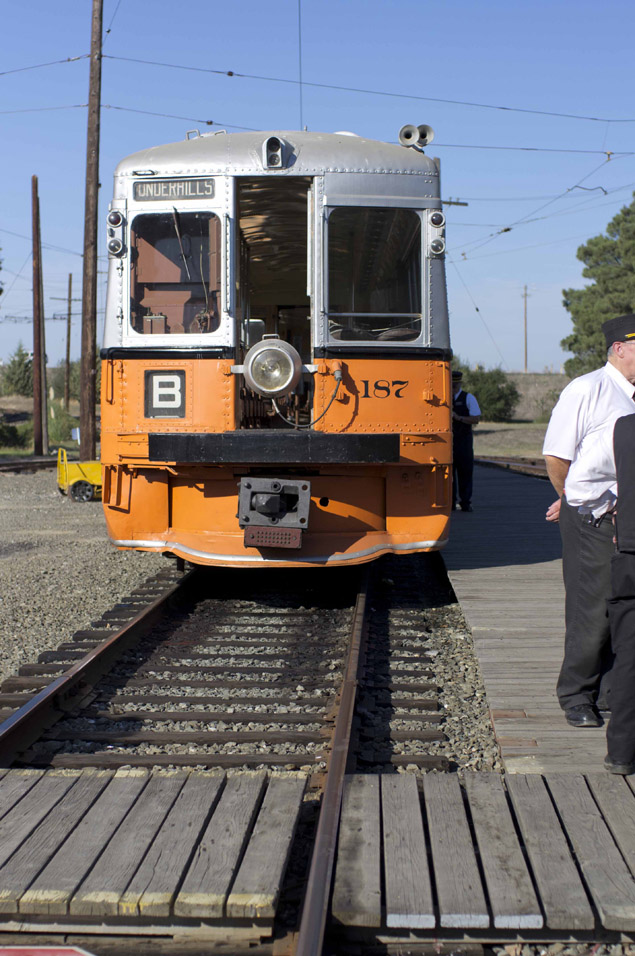 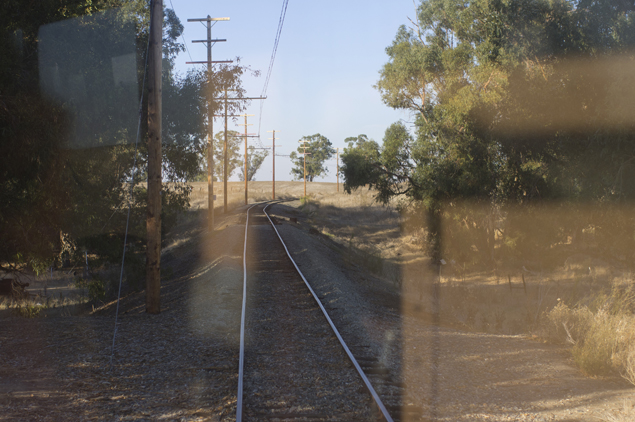 The electric train system was in place in Oakland long before automobiles were popular. In fact the streetcars helped build Oakland as a city: a city distinguished from San Francisco. 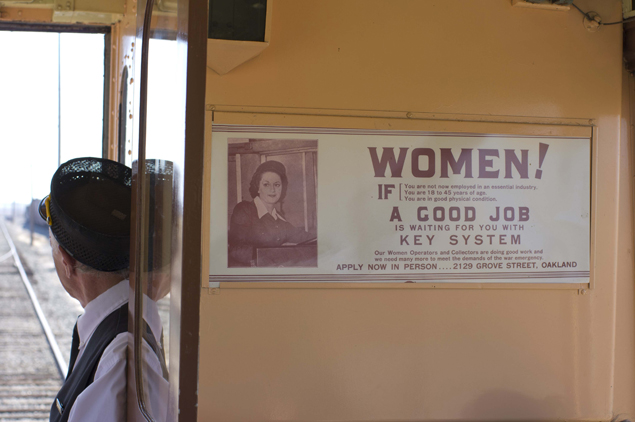 Due to their technology, streetcars had trouble making hard right angle turns, so when you come upon v-shaped intersections like this one, you can begin to see them, running their scheduled routes. 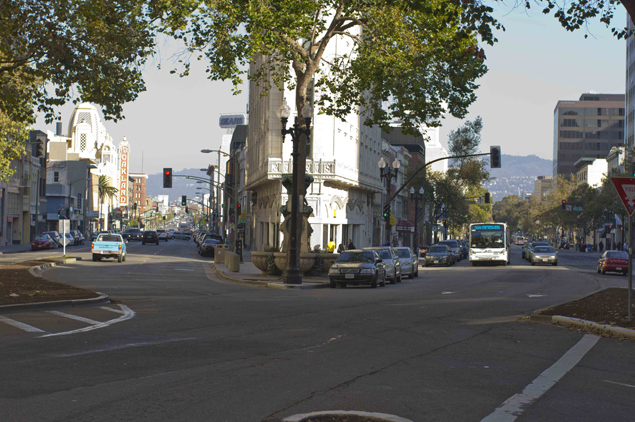 Living in a city where public transit is far from ideal, I feel nostalgic for this unified train system. I imagine myself on the trains—the sounds of them, the places they might’ve gone. 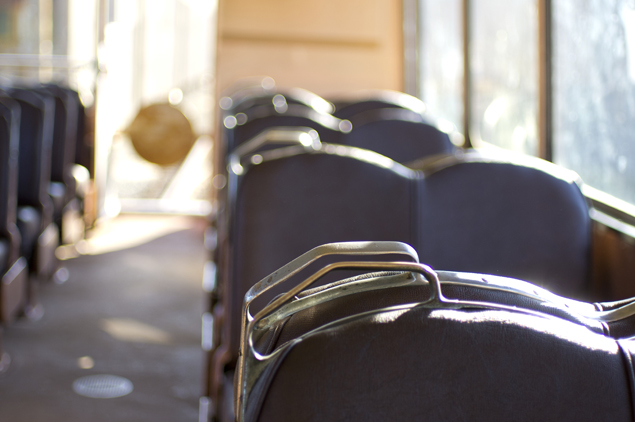 What happened to them? Why did they disappear? This began another search. Another story. 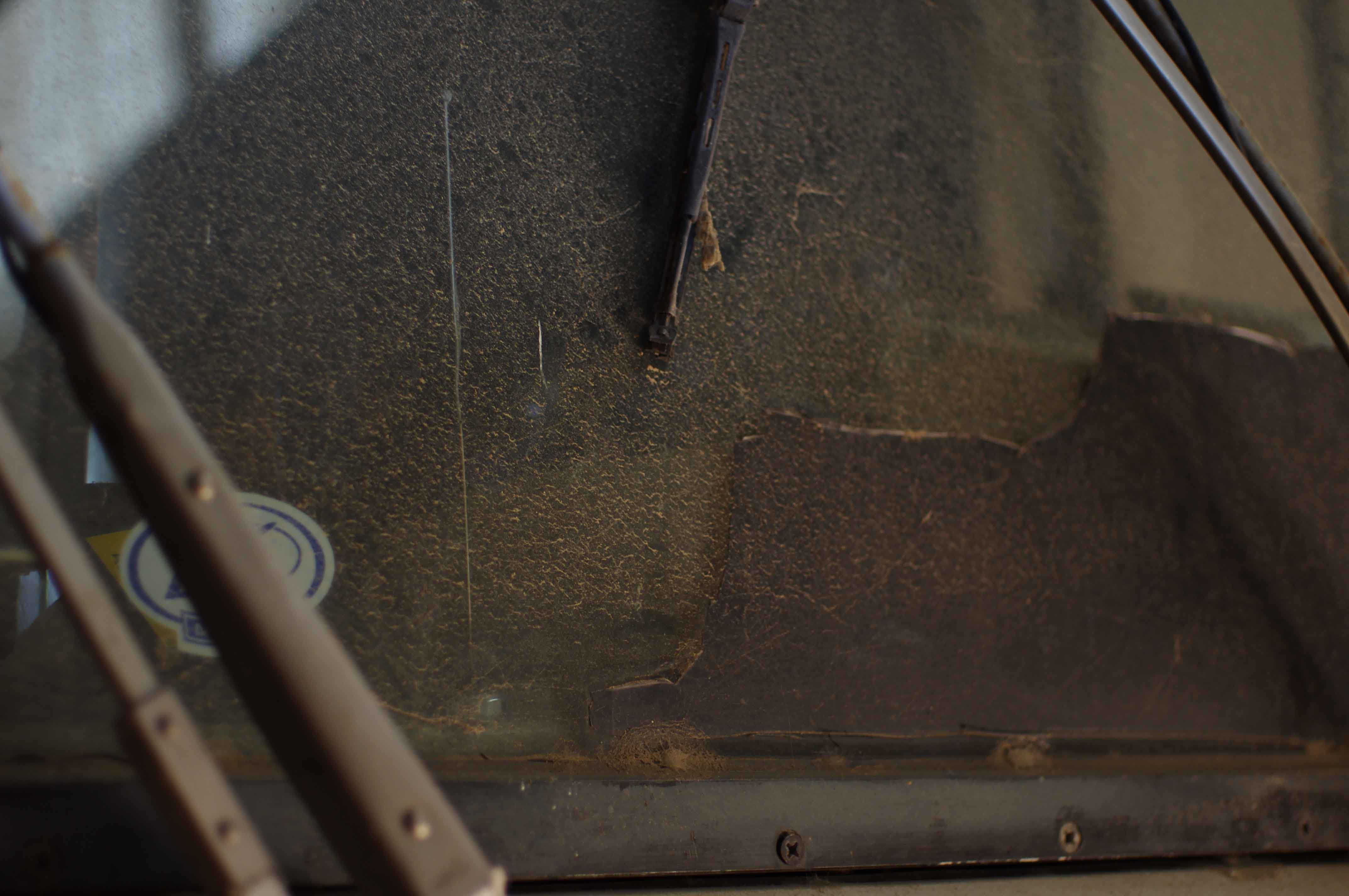 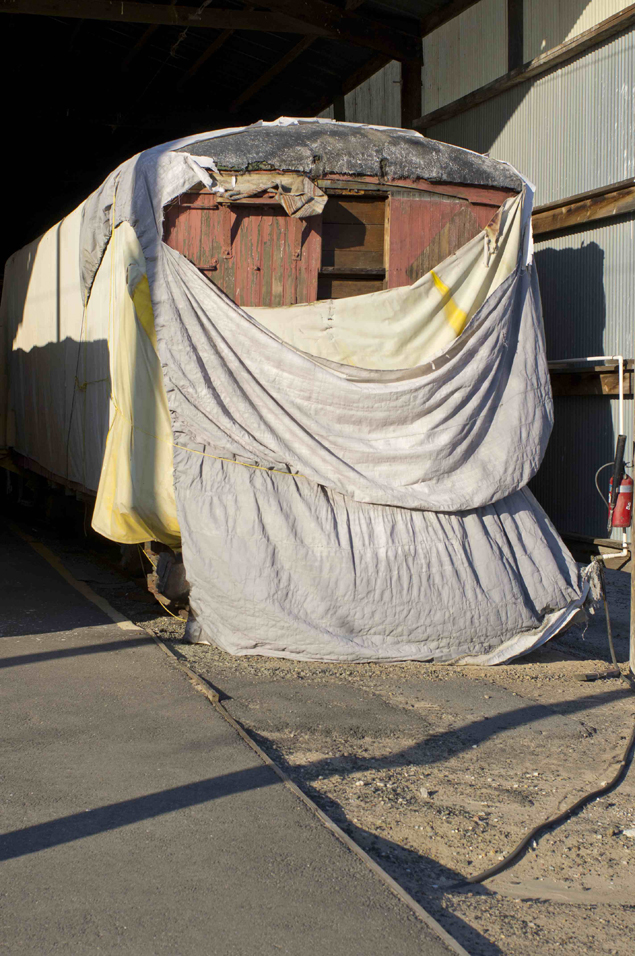