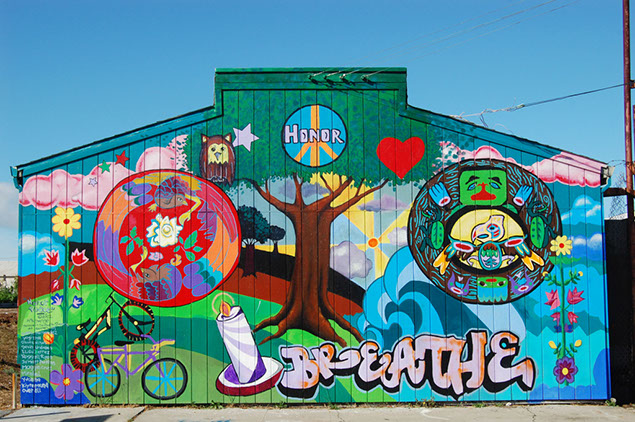 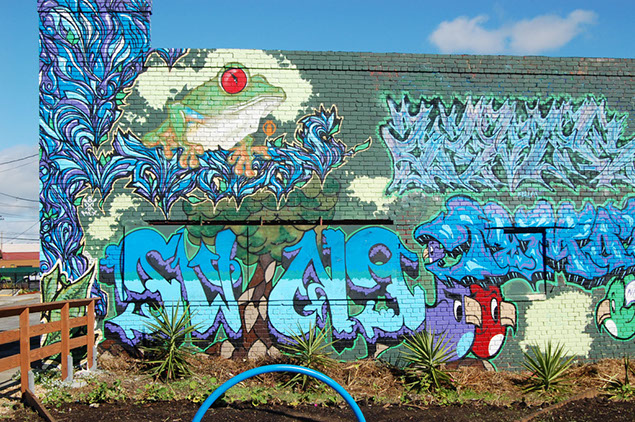 I‘ve lived in Richmond my whole life but parts of it remain a mystery. Crevices reveal themselves like word puzzles waiting to be solved. Richmond, like most of the Bay Area, reveals itself through its murals. Separately they’re bits of bright paint and color, some depicting ancient California history, while others dealing with the city’s more contemporary problems with drugs and crime. But put together, they reveal a larger story, a more vibrant one about the city’s aspirations, its links to the past and its hopes for the future. I took my digital camera and recorded some of these murals and discovered a city, whose streets were still wet after a recent downpour, thriving with an artistic culture that thrusts out of its cement and stucco walls. Some of these murals are tucked away on side streets, sometimes on the back of churches, such as the one behind St. Mark’s Catholic church on Chanslor and Harbour Way. Others are right out in the open. It’s easy to forget a lot of them are there, since they’re such an integral part of Richmond, but when glanced at up closely and when put together as in this blog, they tell stories and breathe life into a city that, like so many American cities, is struggling to keep afloat. 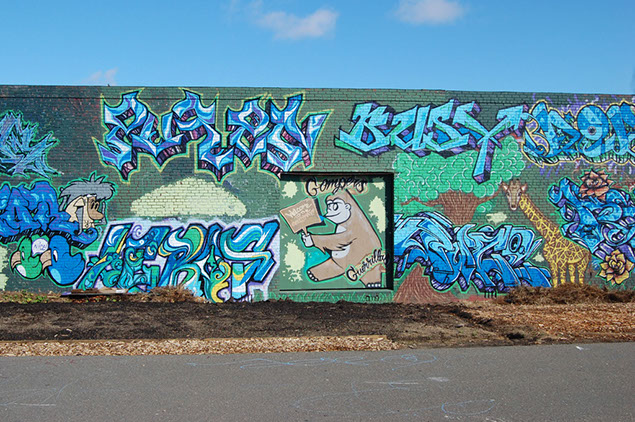 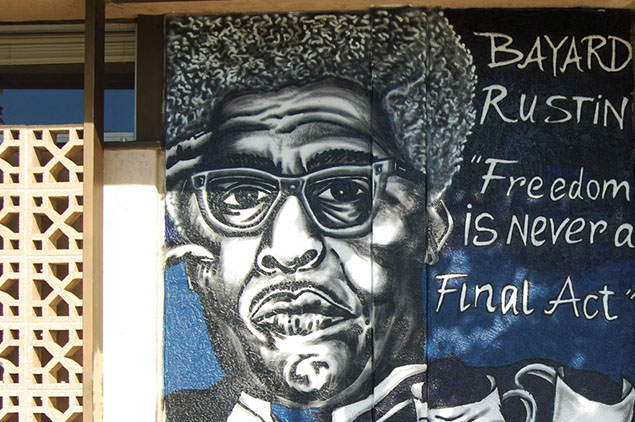 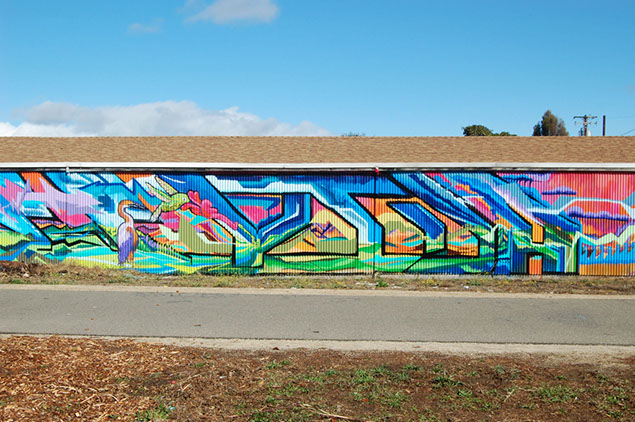 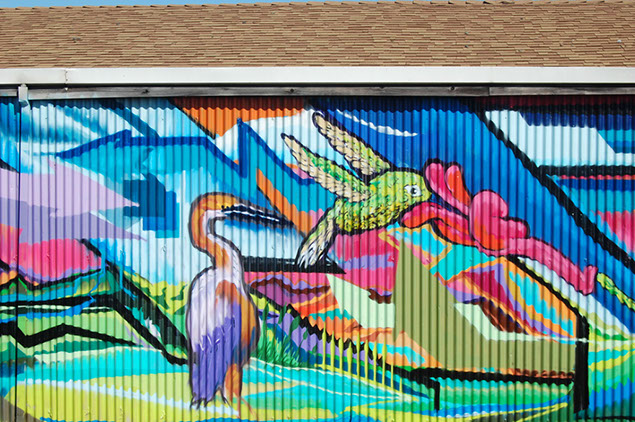 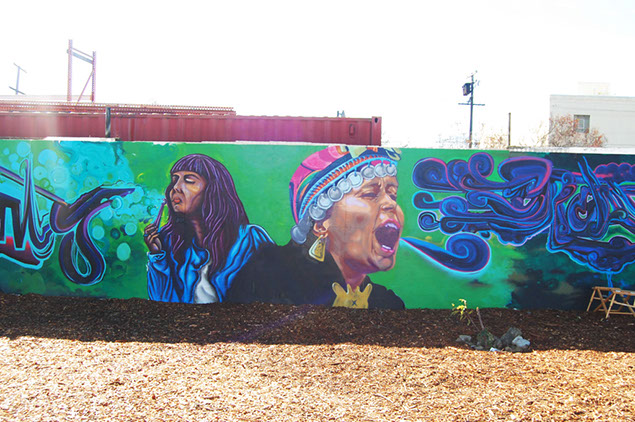 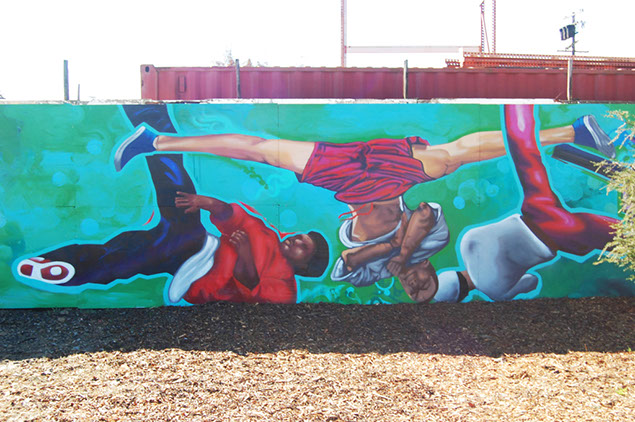 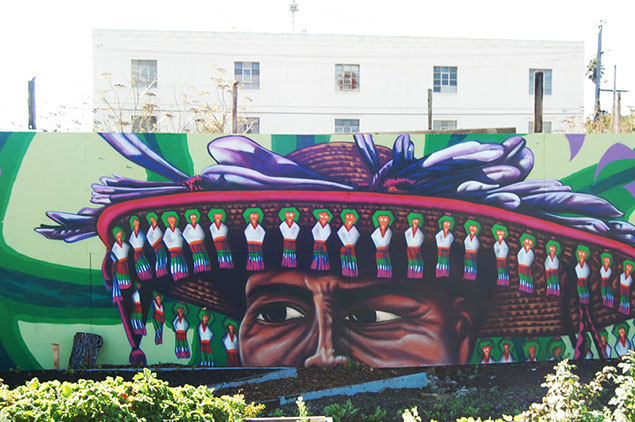 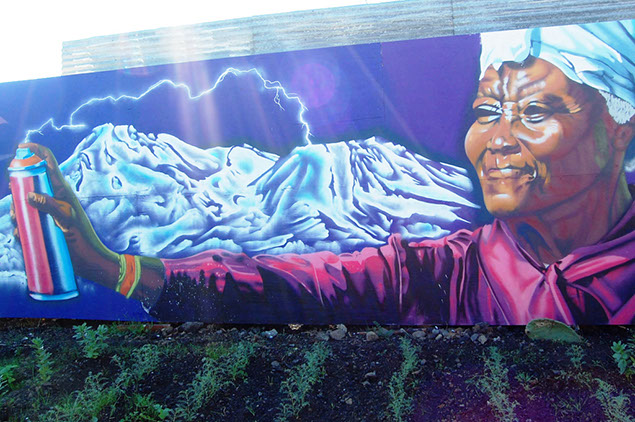 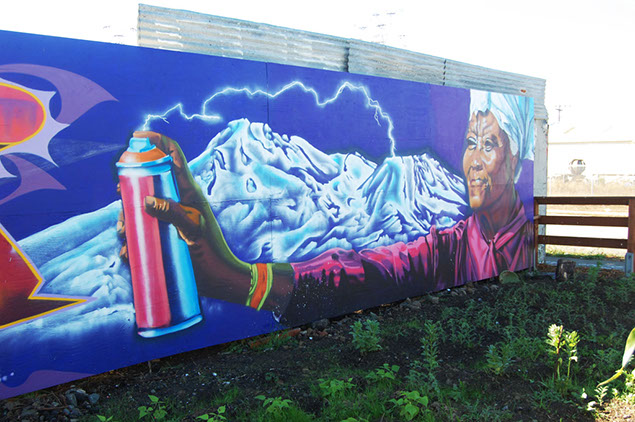 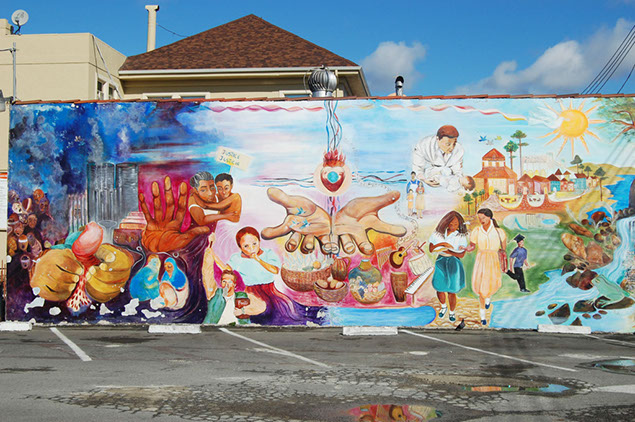 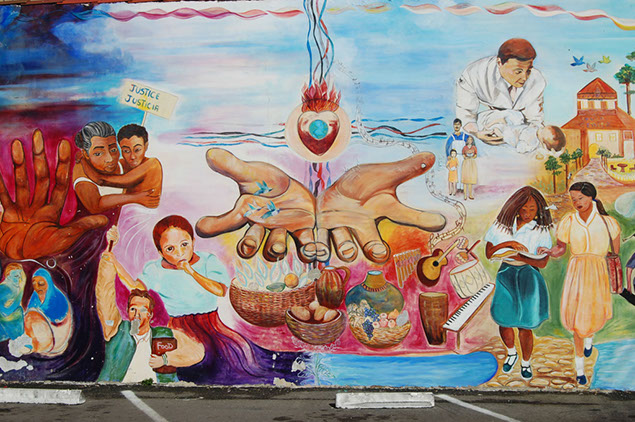 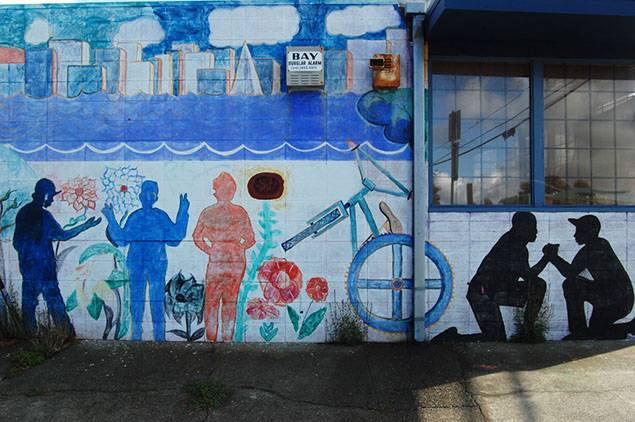 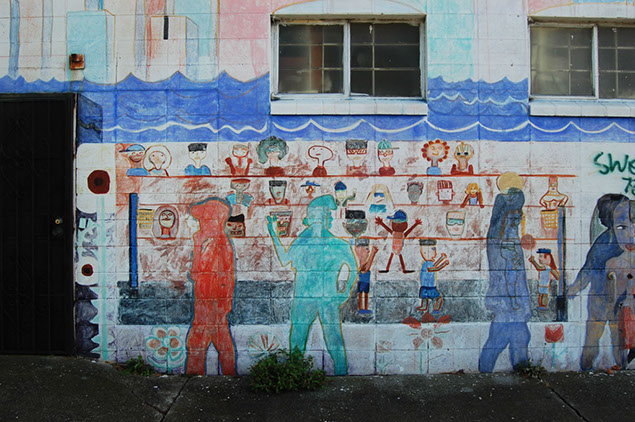 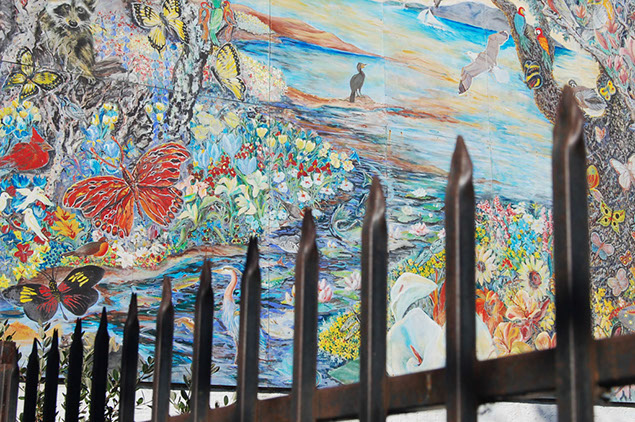 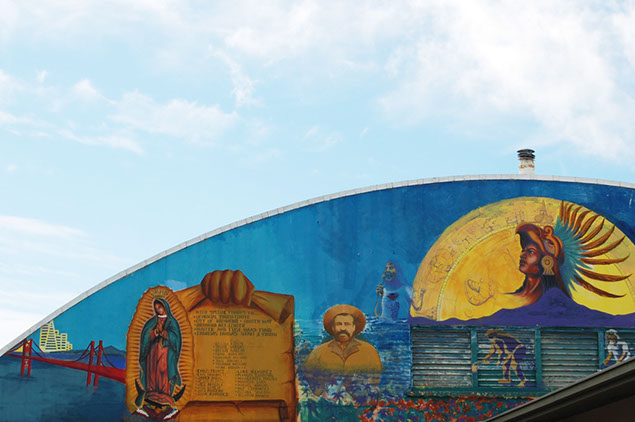 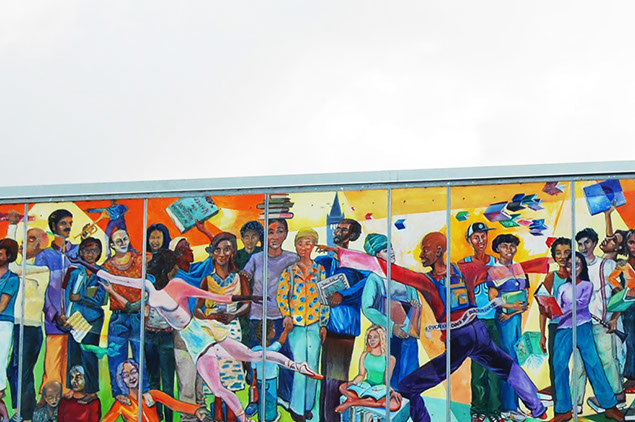 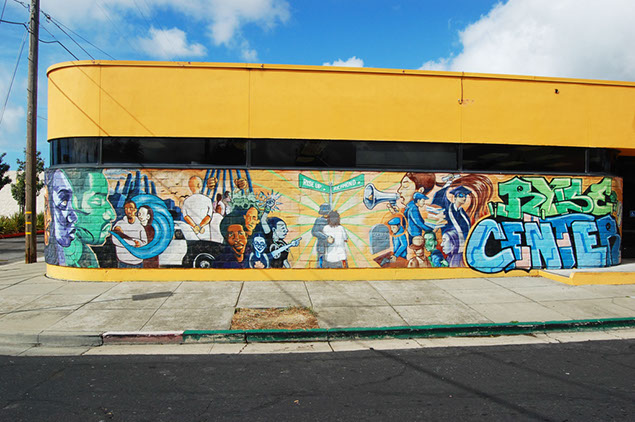 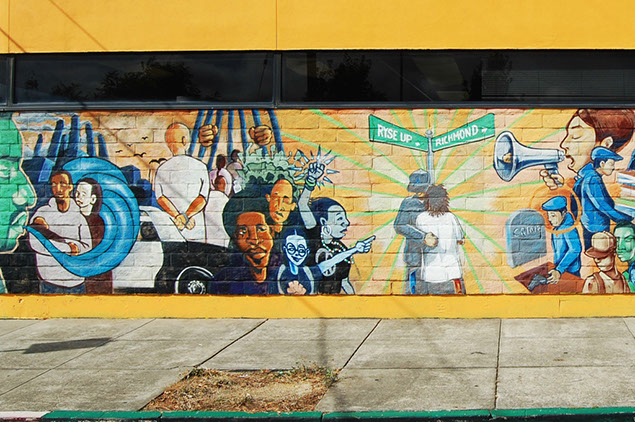 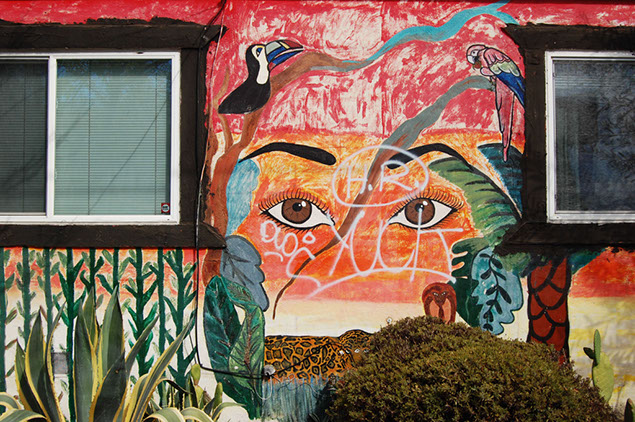 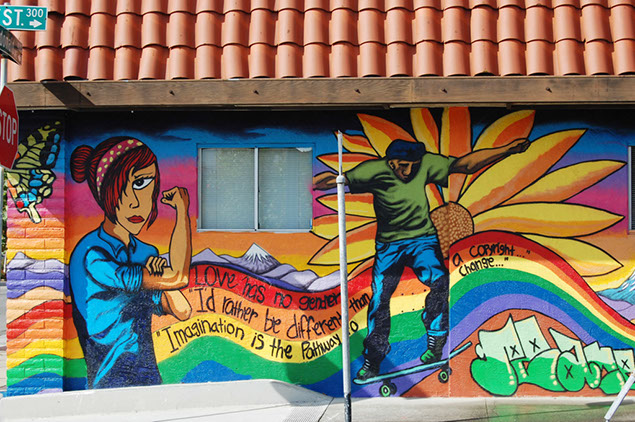 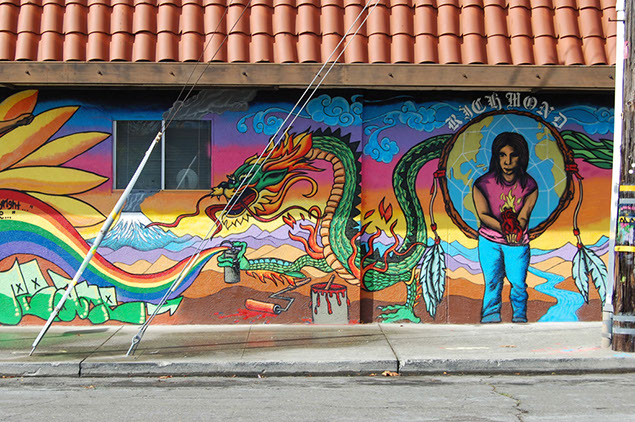 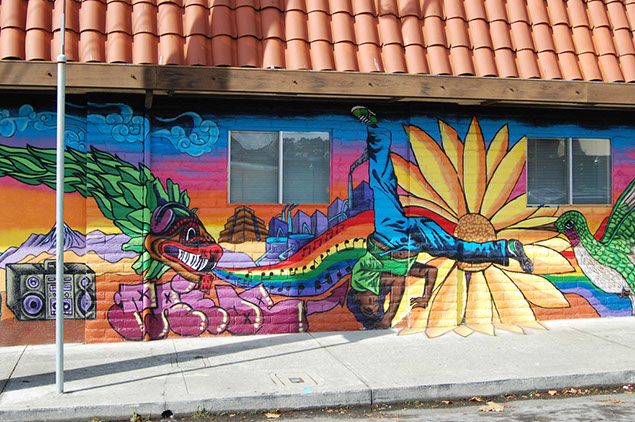 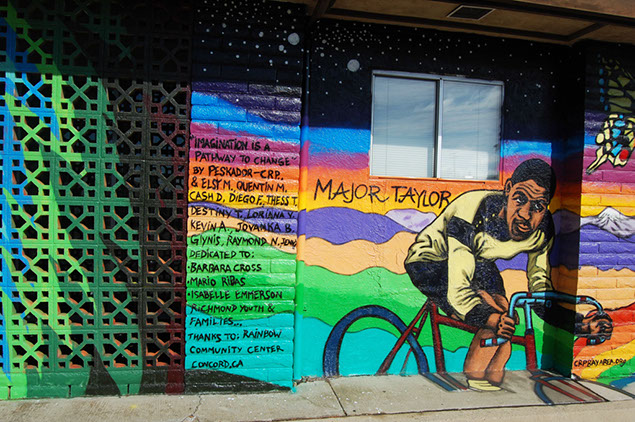