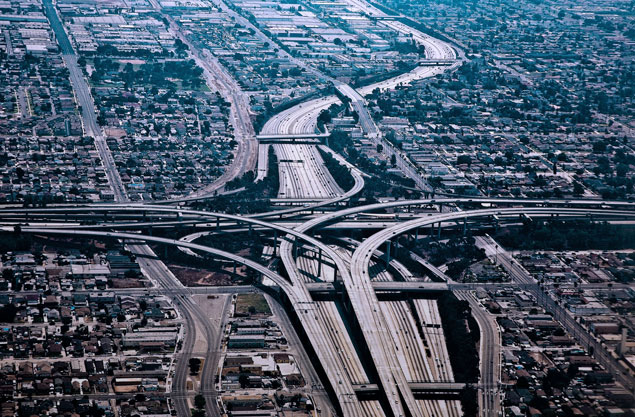 The Last Days of the Car Culture?

On a trip to Los Angeles recently, I couldn’t stop thinking about how much it will change when cars are able to drive themselves. I’ve been reading Michio Kaku’s new book, Physics of the Future, in which he makes predictions for the future based on current science. Among them is a complete game-changer in the way we think about urban transit: cars that can function completely on autopilot. It’s going to totally upturn how we experience cities, especially Los Angeles, and it will mean not only the end of cars as we know them, but car culture as we’ve come to know it—much of which originates in LA (from hot rods to lowriders, from drive-thru’s to drive-bys).

I spent all day driving around Venice, Culver City, Hollywood, Silver Lake and Echo Park, with my head full of freeways and dreams of robot vehicles due to Michio Kaku. That very week, news broke that seemed to validate the nearness of this technology: the state of Nevada just made it officially legal for autonomous vehicles to hit the streets in 2012. Google has quietly but massively been getting behind this concept, building prototypes and letting them coast (software engineer and safety driver onboard, just in case) from the Bay Area to Santa Monica.

It’s still anyone’s guess how long it will take to reach the market in a major way, but clearly, autonomous vehicles are coming—and they’re not far off. It’s horrible news for truck, taxi, and bus drivers, and great news for just about everybody else. And nowhere is it going to have a bigger impact than in Los Angeles, where residents will go from living in a city that demands they constantly drive to living in a city that drives itself.

These days, I live a mostly car-free life in San Francisco, walking and biking and taking transit. Sometimes it’s inconvenient or slow, but mostly I find it a way more inspiring and fun way to live than driving everywhere, being cut off from my surroundings by an automobile—I’ve experienced that too. Like a lot of people, I’m of the opinion that building our cities around the private car has created vast landscapes of alienation, where a sense of place and belonging are difficult to achieve because of the sheer distances, the “quasi-private space of the personal automobile” as Thom Anderson describes it in his video essay “Los Angeles Plays Itself.”

With all that said, there’s something I truly love about Los Angeles—that poster child of urban sprawl, that horizontal tangle, that ‘suburb in search of a city’. I love the enormity, the variety, the Latin Americanized feel of it, the cinder blocks and palm trees, the smells of roasting kebab and the sounds of thumping car audio systems as you float down one of its broad boulevards. I even love a lot of the buildings, the classic motor lodges and suburban apartment buildings. Los Angeles is being constantly reinvented by enterprising new arrivals from every corner of the world.

As America’s center of the car culture, as well as a place in constant transformation, LA might well be the city where the meaning and impact of the driverless car is first understood. Its cousin to the east, Las Vegas, is where Google’s prototypes could make their debut next year. And it seems that public transit, and public rail, is gaining in popularity in LA—or at least getting hopeful attention—with Good magazine dedicating their current issue to new urbanism in Los Angeles.

As critics as well as advocates of public transit know, it works best when it knits together pedestrian-friendly, walkable neighborhoods, of which there are few in Los Angeles. Bike and pedestrian advocates and public-transit coalitions can’t change the result of many decades of buildings and billions of dollars in development, housing, highways, and other infrastructure. But the driverless car could totally change the equation. 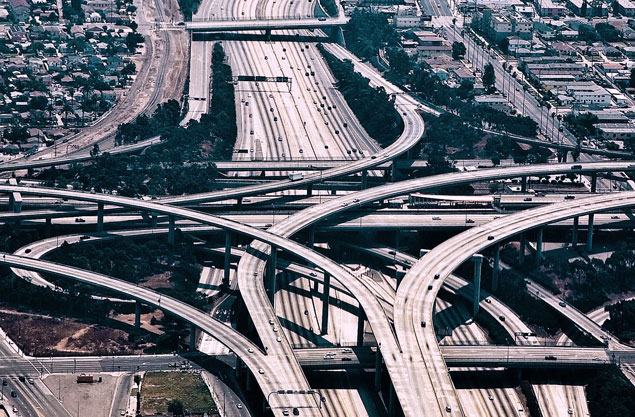 There are surprisingly few recent speculations about a driverless world, probably due to the prospect still seeming so far off. The few I found mostly said this: the autonomous vehicle will be the nail in the coffin for public transit. They’ll make the car culture, and the private automobile, more entrenched than ever.

I disagree. I’ll risk being totally wrong about this, but I think the opposite is going to happen. And that’s because the culture of mobility in our cities is due to undergo a fundamental change, along with the car itself.

At the heart of this change is the user experience of driving versus riding as a passenger. When you drive, your car is an extension of you. If you’re not doing the driving, suddenly a whole number of things don’t matter as much: the width of streets, the ease of parking, the way your car handles and accelerates, even the way the car looks and reflects—or doesn’t—your sense of self.

When cars drive us around instead of having us drive them, they will stop being cars as we know them. Instead, they’ll be like a private form of public transit—a tiny train that goes from your door to your destination. Once you’re a rider, not a driver, you just won’t care as much about your private car, and what will matter instead is how enjoyable your experience is while you’re traveling from point A to point B.

Consider this: even if we could, we wouldn’t build trains or subway cars to be a string of a hundred tiny pods that only fit four people each. Instead, they have rows of seats that afford privacy, lounge cars where you can socialize and eat and drink and watch the scenery go by, sleeper cars for long-distance travelers… and the freedom of movement to pass from one to the next.

It’s very likely that taxis and public transit vehicles will be among the first to drive Angelenos around their city on autopilot. And in a generation, who knows? The dominance of public space in Los Angeles by the automobile might start to wane. AI-directed, low-cost transit (public or private) could take you from your door to the nearest Metro station, or directly to your destination. And in the process, the fact that it’s alternately exhilarating, frustrating, transcendent, and maddening to drive around LA won’t matter anymore.

All that will matter is your experience while going from point A to point B, and when you get there, what that will be like. And for nostalgia’s sake, we’ll always have the videogames.