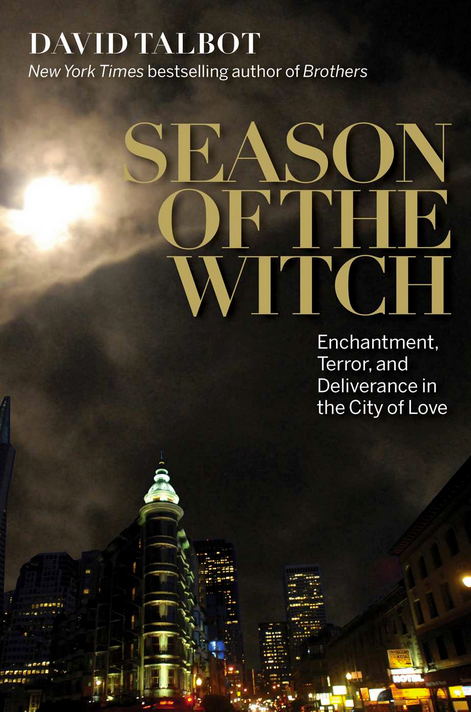 Reviewed: Season of the Witch: Enchantment, Terror and Deliverance in the City of Love
By David Talbot
Hardcover 480 pages
Publisher: Free Press, 2012

David Talbot’s latest book Season of the Witch: Enchantment, Terror, and Deliverance in the City of Love

—a biography of San Francisco during the 1960s, 1970s, and early 1980s—is populated by the free spirits and kooks that the city has always been known for. It kicks off with the story of Vince Hallinan, a brawling Irish solicitor who carved his way through the city in the 1930s by defending the misbegotten and marginalized. Brought up within a rigidly structured Irish Catholic community, whose orthodoxy he later rejected, Hallinan exemplified the vigorous liberal values that San Francisco would embrace some thirty years later.

As an attorney, Hallinan represented clients as diverse as Harry Bridges, the longshoreman labor organizer who led a shut down of the city’s port in 1934; and Frank Egan, a formerly popular public defender accused of murdering a widow. While Egan was on the lam from the cops, Hallinan stashed the suspect in a hideaway on the coast, employing his then-girlfriend, Vivian Moore, to use her charms to distract detectives on the hunt.

Glamorous and eccentric, the Hallinans, along with their five sons (including Terence “Tayo” Hallinan, who became the city’s District Attorney in the early 1990s), defended civil and free speech rights during the McCarthy era, facing jail time and ostracism from their Marin neighbors. The fact that the city, which at the time was deeply embedded in conservative Catholic orthodoxy, could also embrace an outsider like Hallinan is a major theme in Talbot’s book.

Hallinan is but one example of the vibrant and colorful cast of eccentrics, outcasts, and innovators who round out this account. Talbot, who is the son of actor Lyle Talbot and the founder of Salon.com, covers fertile ground during a period in San Francisco history that reshaped American culture in ways that still resonate today.

Gay rights, the drug culture, communes, the foodie revolution, and other cultural tremors began in earnest among the many free-spirited denizens who, in search of sexual and spiritual liberation, flocked to the city Chronicle columnist Herb Caen called ‘Babylon by the Bay.’

“The cops and the downtown business establishment were increasingly frantic about San Francisco’s leftward direction.”

Divided into three sections—Deliverance, Terror, and Redemption—Talbot recounts how San Francisco’s political and religious establishment crumbled under the weight of the hippie movement, the rise of the gay community in the city’s Castro district, and a liberal establishment that would uproot the old-boy conservative order in city hall.

Talbot plumbs the stories of this period, from the Diggers, hippie anarchists who provided free health care and food programs in the Haight-Ashbury district; the Cockettes, a drag queen burlesque group; rock bands including The Grateful Dead, Moby Grape, and Big Brother and the Holding Company (along with singer Janis Joplin); on to social and political figures such as Joe Alioto, George Moscone, Harvey Milk, Dianne Feinstein, Willie Brown, Bill Graham, Herb Caen, Scott Newhall and others.

Season of the Witch, however, isn’t a nostalgic paean to the city. Talbot doesn’t shy away from the ugly consequences of this period either. While the hippie movement offered alternative communities to the crowd that wanted to ‘tune in and drop out,’ it also opened the door to many changes the city was ill-equipped to handle. The youth population grew, bringing with it drugs, poverty, and violence.

While the Diggers and Edward J. Beggs (a former minister who opened Huckleberry House, a sanctuary for runaway teens) offered novel approaches to the growing problems of drug abuse and STDs, their meager resources were swamped by the demand. The city’s freewheeling ways were appealing to groups like the Hells Angels, which terrorized the hippie community; and to Charles Manson and his family, who briefly considered the city its home.

While the city was opening its doors to rebels and outcasts, it was also squeezing the life out of the black community in the Fillmore district through Mayor Alioto’s urban renewal program. And the Summer of Love, which heralded a promising era of peace, instead turned into a winter of violence. 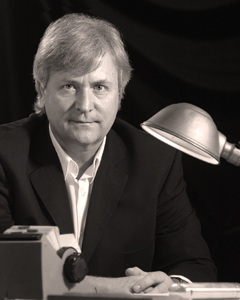 The 1970s in San Francisco were, in fact, wracked by violence. The Zodiac killings and the Zebra serial murders (a series of racially motivated slayings), occurred before or during the Symbionese Liberation Army’s kidnapping of Chronicle heiress Patty Hearst. Rev. Jim Jones and the 1978 Jonestown mass murder shocked and horrified citizens—many family members of the dead still lived in the city—but the more shocking revelation was how much the city’s liberal establishment was in the pocket of Jones, who manipulated and won their support.

The crony system in the San Francisco liberal establishment was every bit as deep-seated as the old-boy network a few decades earlier and would prove to be just as embarrassing, especially in the district attorney’s office, which ignored the complaints of the church’s defectors. However, the violence of that era came home to roost with the assassinations of Mayor Moscone and Supervisor Milk. This time it was the result of forces from the right.

Dan White was a former cop and firefighter who went into politics to fight against what he thought was the moral degradation of the city he loved. The Gay Pride Parade, the SLA, and the New World Liberation Front, which was responsible for bombing attempts against the homes of various politicos, symbolized to conservatives that the city had gone wild with liberal permissiveness and perversion.

Though the city had become entrenched in left politics, “the old-boy power structure,” which included the business class, the Catholic church, and the police and fire departments, continued to battle for dominance. When White, who represented these voices in city hall, resigned his post on the Board of Supervisors due to personal matters, the conservative establishment convinced him to stay.

As Talbot writes, “The cops and the downtown business establishment were increasingly frantic about San Francisco’s leftward direction. They knew that political control of the board of supervisors was hanging in the balance.” It was no secret that Moscone, at Milk’s urging, was already looking for White’s replacement to push forward his agenda, which included settling a civil rights lawsuit against the SFPD.

White, whose complicated relationship with Milk was at turns conciliatory and hostile, sneaked into city hall where he pumped bullets into Moscone, before shooting Milk down in cold blood. To White, this act of violence was apparently less a matter of vengeance than it was a crusade against the encroaching liberal permissiveness that both Moscone and Milk represented.

The assassinations set a pall over the city. The gay community, which lost not only an advocate in city hall but a gay pride leader, rioted after a jury found White not guilty of murder (he was found guilty for the lesser charge of manslaughter).

During the third section, Redemption, Talbot looks at how Feinstein, who as president of the Board of Supervisors became acting mayor, helped to heal some of the divisions in the city. Though centrist at heart (Talbot goes to great pains to show how much of a humorless stick-in-the-mud Feinstein is), Feinstein continued Moscone’s liberal agenda during her term as acting mayor, appointing a liberal successor to Milk’s seat and settling the civil rights lawsuit.

After Feinstein’s election to mayor in 1979, she pursued a more centrist agenda, including firing Police Chief Charles Gain, a Moscone hire whose liberalism irritated the rank-and-file. Despite Feinstein’s centrism, the city’s residents, from moderates to the liberal and leftist ranks, embraced her, if not for her politics then certainly for the “firm but fair mother figure that the city ridiculed but needed.”

Talbot ends with the San Francisco 49ers ascendance to the NFL dynastic throne after routing the Dallas Cowboys in the 1981 NFC Championship (“The Catch”), and the AIDs pandemic which swept the country but left its deepest marks in the city. Ironically, according to Talbot, both events were palliatives. Each rallied a city deeply wounded by the political and cultural battles of the 1960s and ‘70s. Where the 49ers victory had “come to the salvation of its wounded fans,” the AIDs epidemic, in response to the non-response from Washington, caused “San Francisco [to take] care of its own sick and dying, its own scorned brothers” and thus unite in its battle against the health crisis.

Anyone who is familiar with the history of the city or who happened to live there during that tumultuous period will find a lot of familiar ground covered in Talbot’s book. So it’s to his credit that he retells it with the skill of an astute storyteller. His account of “The Catch” between Dwight Clark and Joe Montana, cinching the NFC win for the 49ers, is as gripping as the actual play.

And of Hibiscus, the Cockettes’ flamboyant founder, whom he describes as “an angel of light,” he writes: “[he] dusted the world with glitter and sequins. His lovers, including [Allen] Ginsburg, had to accustom themselves to being glitter encrusted after spending a night with him.”

While Talbot’s honest account helps prevent Season of The Witch from delving into typical baby-boomer nostalgia, he nonetheless paints a portrait of a free-spirited, glamorous, and passionate city that, for better and for worse, is abundant with an uncompromising zeal for life.