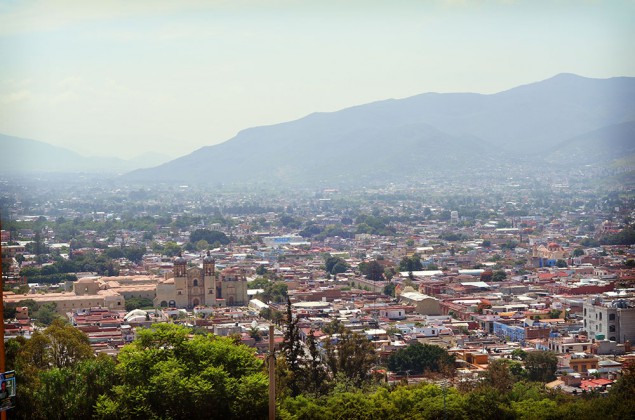 Top Ten Things to do in Oaxaca City

The guidebooks will tell you that when you arrive in Oaxaca’s capital, you should immediately get on a bus out of town to go see Monte Alban, the Tule tree, mezcal distilleries, the springs at Hierve el Agua, et cetera. Those things are all worth doing, but what about things to do within the city limits, in walking range from where you’re likely to stay (most hotels are in the Centro)? Having lived in the city for close to a year, I wanted to share my personal list of favorite places – where I would take visitors when they were in town. 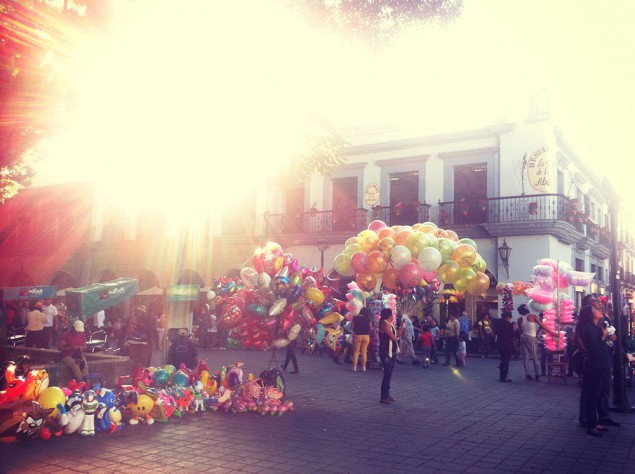 1. Take in the Scene at the Zócalo

I’ll start with the obvious—the Zócalo, or central plaza, in Oaxaca is the heart of the city and one of the most vibrant urban spaces you’ll ever encounter. It manages to be both a major tourist hub and completely authentic; while there’s a constant stream of travelers, the Zócalo is always full of Oaxacans of all ages, talking, flirting, playing with their kids. It’s a center of commerce, with indigenous vendors selling fried grasshoppers, wooden combs or hand-woven textiles. It’s also a center for political activity—protests, speeches, and sit-ins.

Sit at one of the cafe’s or restaurants (Terranova Restaurante is good, and I also recommend La Casa de la Abuela) that surround the square, have a coffee or a michelada, and take it all in. Or, just sit anywhere in the Zócalo, on a bench, by a fountain. There’s no rush. Being there is, in itself, an activity. 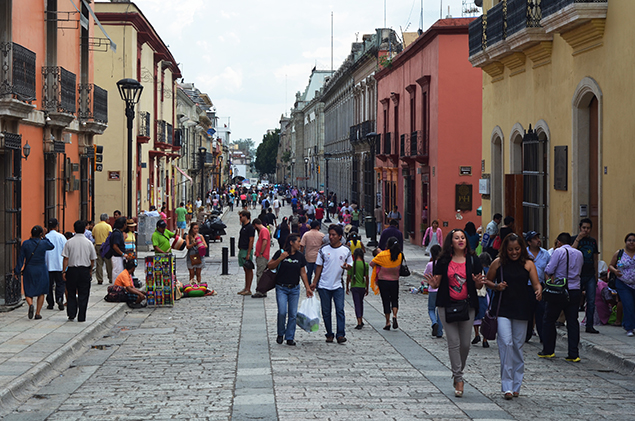 2. Walk Slow up the Andador

Follow the foot traffic north of the Zócalo, and you find yourself going up a pedestrian-only, cobbled street, the andador turistico. The street is actually named Alcalá, so you will hear people refer to it interchangeably as the Alcalá or the andador. Walk slowly up and down a few times, and allow yourself some diversions.

The andador will take you directly to one of Oaxaca’s best museums—MACO, the Oaxacan Museum of Contemporary Art. Here’s an example of one of their awesome exhibits. MUPO, the Museum of Oaxacan Painters, and the Alvarez Bravo Photographic Center (CFAB) are each just a block off the andador as well. Here’s a post we did about a show at CFAB.

You won’t be able to miss the stunning Santo Domingo church, which towers over an agave-dotted plaza. Right across from it, in the smaller plaza, look for a place called Los Amantes (The Lovers – at Allende 107), a hole-in-the-wall mezcaleria that’s one of Oaxaca’s gems. They serve mezcal—no mixers, no chasers—but what mezcal it is.

3. Dining and Drinks at La Biznaga

La Biznaga (at García Vigil 512) is the sort of cafe / bar / restaurant hybrid you never find north of the border, rich with atmosphere and justifiably popular among travelers, expats, and locals alike. The tables are in an open, courtyard space where the light washes in, but never too bright and in the event of rain, a retractable roof rolls into place.

Under the enormous potted palms, pillars and arches, it’s the perfect spot to dig into a carnitas sope or some hot aztec soup, or one of the other excellent dishes they serve here. The drinks are delicious—whether it’s mezcal, margaritas, Mexican microbrews, pulque, or non-alcoholic refreshments that are your thing. There’s always good music on the sound system.

The only problem with La Biznaga is getting yourself to eat and drink other places after you come here—which you should, because there’s a lot more on offer in Oaxaca.

4. Load Up on Books At the Oaxaca Lending Library

The Oaxaca Lending Library, at Pino Suárez 519, north of the Zocalo, is one of the biggest and oldest English-language libraries in Mexico, and it’s also the hub of the expat community in Oaxaca. There’s an excellent collection of books on Mexico, as well as loads of literary fiction, genre fiction, all sorts of nonfiction (such as travel writing and biographies), and magazines.In addition to borrowing books, you can pick up cheap used copies of books.

Expect to find some cranky retirees from the U.S. hanging out here, drinking stale coffee, but don’t let that dissuade you—the ‘OLL’ is also a great information source if you want to find out about apartments to rent, language schools, or volunteering opportunities. And the books—they’re great, and enough for however long your stay in Oaxaca might be. 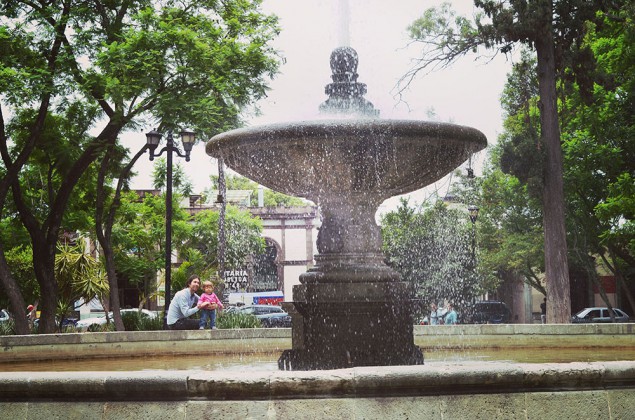 5. Get Your Fill of Parque Llano

Just up from the Library, there’s another of Oaxaca’s amazing public spaces; Parque Llano is just gorgeous, filled with paths, trees, and fountains. Like the Zócalo, it’s super well-used by Oaxacans, and every day is fully exploited by skateboarding kids, old folks on a stroll, families, you name it.

Bigger than the Zocalo, the park stretches several large city blocks, and every week is host to market days featuring a dizzying selection of food and practically anything else you’d want to buy, from indigenous textiles to black-market Ray Bans and pirated DVD’s.

The tacos al pastor you can get here are to die for, as well as traditional Oaxacan food like tlayudas, Oaxacan empanadas, memelitas, and more, washed down with various ‘aguas’ (lemonade-like, non-carbonated refreshments) with flavors such as tamarind, strawberry, orange, or watermelon. There’s also great seafood, tostadas, and more to be had at Marco Polo (Pino Suarez 806), a restaurant right on Parque Llano. 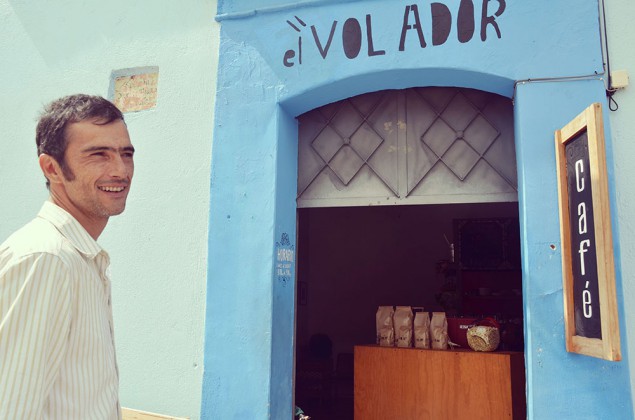 6. Coffee at a Centro Café

There’s some great coffee on offer at the many cafe’s in the Centro area. At Nuevo Mundo, near the Zócalo on M. Bravo street (no. 206), you can get what many say is the best cup of coffee in town. Over at Cafe Brujula’s locations, at García Vigil 409 and Alcalá 104, there’s another strong contender for best cup of joe—plus, bagels, not so common in Mexico.

My own favorite is the tiny Cafe Volador (pictured above), near Parque Conzatti on Plaza del Xolotl, not only for the excellent coffee roasted and served up by owner Alvaro, but for the intimate vibe of the place, where local artists drop by and hour-long conversations are the norm. 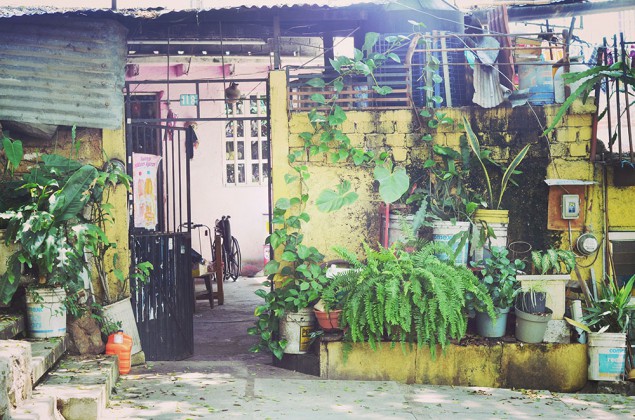 After you’re fully caffeinated, climbing up the Cerro del Fortín to the Guelagetza auditorium is a must-do. The views at the top are fantastic, and the walk up is really nice. Crespo street leads from Centro up to the Escaleras del Fortín, a pedestrian-only street consisting mostly of stairs leading up the hill. Lined with houses, hostels, small shops, and towering trees, the Escaleras are another one of Oaxaca’s most well loved spots.

Once at the top, you can take in the panoramic views of the Oaxaca valley, and if you wish, go climbing around the eerie, giant arches and seating at the Guelagetza Auditorium. The stadium is host to Oaxaca’s annual folk culture and dance festival, the Guelagetza. Recently constructed, the stadium is beautiful, but the construction process was rumored to be full of corruption and kickbacks for Oaxaca’s hated former governor, Ulises Ruiz.

The 20 de Noviembre market, just a block away from the Zócalo, is another obvious spot that still can’t be skipped. Though it’s more heavily visited by tourists, with corresponding higher prices, than the Wild West bazaar found at the enormous Mercado de Abastos, mercado 20 de Noviembre is still an amazing place, with plenty of that uniquely Mexican sensory overload.

Be sure to spend some time wandering, getting lost in the full sprawl of the blocks-long enclosure, spreading over multiple buildings and spilling out into the neighborhood. High quality, handmade goods like leather bags and sandals, sacred hearts of hammered tin, beaded jewelry and a stunning array of textiles are all on offer.

But also take in the food—the juice shops and butcher stands (order some chicken breast here and watch the artistry as it’s all but de-feathered in front of you) and the restaurants serving tlayudas, tacos, and plates of rich black mole sauce.

Most important, for any non-vegetarian a trip to the carne asada stands at 20 de Noviembre is essential. Choked with barbeque smoke so you can barely see, you’ll stumble past meat draped on racks and tortilla vendors—embrace the chaos, be sure to order plenty of tasajo and chorizo, and plenty of green onions (which come roasted along with the carne) and allow yourself to be led to a table, where yet other vendors will bring you salsas and beverages. It’s a special experience, and the food is just amazing. 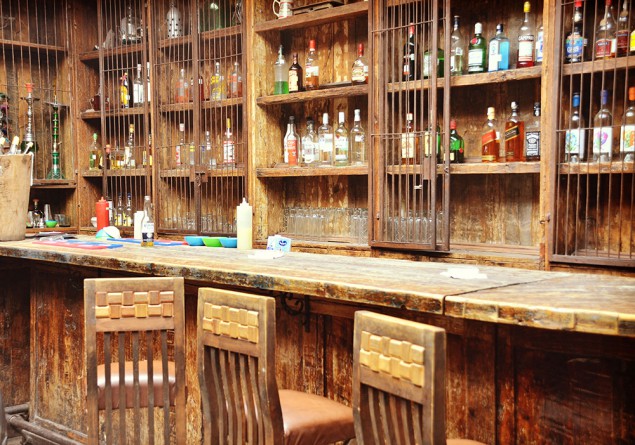 Oaxaca’s not known for being a huge party town or having a large music scene, being more renowned for the visual and folk arts. But there are some great places to go out after dark, and here’s just a few.

The already mentioned Los Amantes is a great place to make a stop, and the Mexican-steampunk decor (giant bottles of handmade glass, taxidermy, dusty copies of “Under the Volcano”) on display there is also featured at Cafe Central, a seriously cool nightclub with a mix of DJs, mostly spinning new-school Mexican electro-cumbia, and live music events. At the time of this writing, Central is closed (there are rumors they were being extorted), but I very much hope it will open back up.

If a dark, candlelit place to drink wine and eat tapas is your thing, Tasca El Olivo has it—plus a terrace to chill out on in the warm Oaxacan night. It’s on Calle Murgía 218, upstairs—don’t confuse it with the similarly-named restaurant on the first floor.

And, the already-mentioned La Biznaga is also just as good for an after-dark visit as one during the day.

Lastly, Txalaparta Hookah Bar (pictured above) is another place to check out for live music or a good DJ set. I saw Hiperboreal, of the Nortec Collective, there just before leaving Oaxaca and it was a great night.

There’s more going on offer than what I can point you to. There are all-night-long underground parties, which I heard ample evidence of in my old neighborhood, a gay scene, heavy metal clubs, and of course the old-school cantinas, lit like a bathroom (or completely dark) with a jukebox blaring ranchera—usually male-only domains except for sex workers.

Whatever you’re into, your best bet is to get out there, and ask the locals some questions. 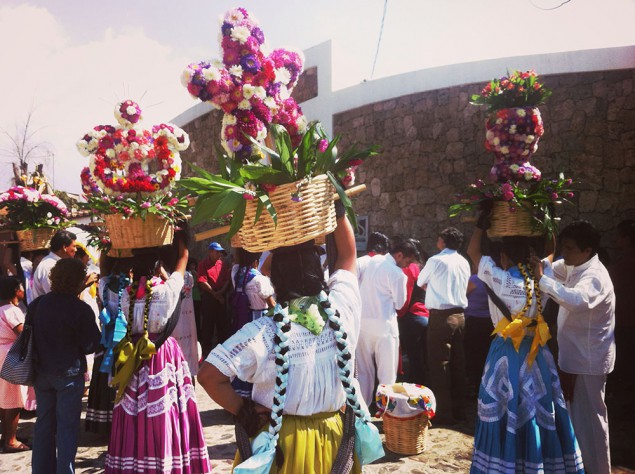 The Panamerican highway cuts through Oaxaca, taking on the name Niños Heroes, and forming the northern border of the historic Centro area. It’s intimidating stretch of urban freeway, hardly impossible to cross, but hardly any tourists do. It’s really worth wandering north of Centro, to Xochimilco and Reforma.

Xochimilco is a very old neighborhood, filled with cobbled streets and stonework. I wrote more about it here. The aqueduct and weavers shops are a must-see, and the El Pochote market is nice.

Reforma, the large area directly to the north of Centro, is newer. Resembling one of Mexico City’s nicer neighborhoods, with broad streets and lots of midcentury, Mexican-modern buildings, Reforma is great for strolling around and taking in a more contemporary side of Oaxaca.

There’s tons of great food here, but one of Reforma’s best is Itanoní. The restaurant, famous with global gourmets like Alice Waters, is devoted to corn: heirloom indigenous varieties, presented hot and delicious and with minimal adornment.

There’s a lot more I could recommend in the city of Oaxaca: taking in a Guerreros de Oaxaca baseball game, wandering in Jalatlaco, getting ice cream at the Basilica of Our Lady of Solitude. This should be a good start.

Leave a Response to Don Cuevas