A Salon for Neglected Classics 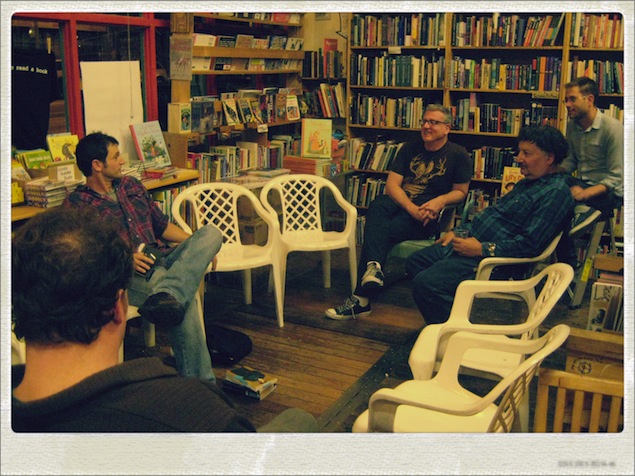 If you’ve ever been in Dog Eared, you’ve seen the eye-catching display they’ve put out for this series of novels—and if you’ve perused any of the other wonderful used bookstores throughout SF or the Bay Area, one the titles has probably caught your eye. Chances are you’ve seen these titles propped up amongst the employee staff picks, as these are booklovers books; forgotten or neglected classics that were out-of-print before the NYRB put them back on the market.

In his introduction to the small group of attendees, Orner described how he would come into the store all the time, every month picking up a couple of the NYRB titles which the staff had ordered.

Although forming a group around a single publisher might seem like advertisement, it’s no more so than forming a film club devoted to watching movies from The Criterion Collection. Like Criterion, the NYRB excels in giving lovers of literature a chance to collect and devour wonderful books that would, as Orner said, “otherwise be lost to us.” Also like Criterion, NYRB usually adds introductions and/or afterwards to the books, and produces them with new, striking cover art. Many, if not most of these titles are obscure to readers, so a salon group devoted to reading and discussing them is a great opportunity to discover and discuss underrated literature.

The collection includes books such as John Williams’s Stoner—one of the best NYRB sellers at Dog Eared, it is constantly finding its way in staff recommendations. It’s gained quite the cult following, with people as diverse as Stephen Elliot (author of The Adderall Diaries) and Tom Hanks describing it as their favorite book. No small feat for a quiet, piercing, and at times heartrending novel of a mediocre college professor’s life of disappointment throughout the first half of the 20th Century (don’t let the title fool you—nobody gets high). 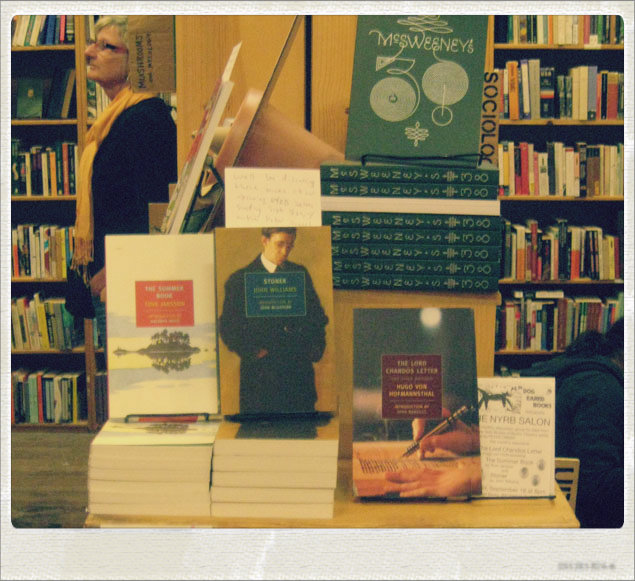 Given its small, but passionate renewal of interest, it was fitting that the salon held its first meeting to discuss this masterpiece, but two other books were discussed as well: The Summer Book, Tove Jansen’s sweetly laconic story of a bond between a grandmother approaching her last few years, and her newly motherless granddaughter; and The Lord Chando’s Letter, a collection of short stories by Austrian novelist, librettist, poet, dramatist, narrator, and essayist Hugo von Hofmannsthal, the eponymous story of which concerns the inability of a writer to describe the intricacies of existence with words.

The discussion was a quiet but involved one. Themes of the works were discussed, impressions were given, and similarities between the books were explored. It was an altogether engaging gathering. In the future, the group will stick to one or two books so as not to overwhelm everyone.

Next month’s salon will meet on October 30th at 8pm. In the spirit of Halloween, the group will be discussing Theodore Storm’s classic ghost story “Rider on the White Horse,” as well as Peter Handke’s A Sorrow Beyond Dreams, which Peter Orner described as being “the saddest book ever written.”