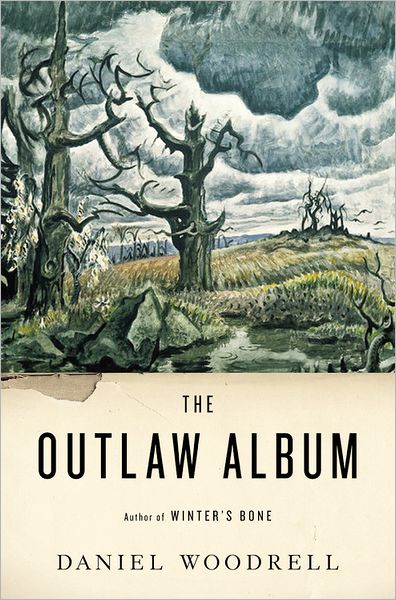 —everything is measured in blood. Blood that manifests both graphically and thematically, from acts of shocking, yet believable violence that leave characters covered in the stuff, to the tracing of storylines along bloodlines. Blood is what maps history and time and is rationed through the passing of generations rather than a trajectory of dates and years. In this book, even the seasons are out for blood; in these stories, “Summer [has] its fangs out…”

It’s hard to expect much less from an environment as rough as the one Woodrell has spent his career chronicling. A native and resident of the Missouri Ozarks, he’s considered by many to be the literary chronicler of Ozarks region. Woodrell received much deserved wide-spread acclaim with the release of the movie adaptation of his last book, Winter’s Bone. Central to Winter’s Bone, and the praise it received, was the depiction of 16-year-old heroine Ree Dolly—a character as brave and fully-fleshed as that of any great American novel. This said, the true main character of Woodrell’s fiction is the Ozarks. The Ozarks are to him what Yoknapatawpha County was to Faulkner, or the badlands of Colorado are to Annie Proulx.

Woodrell’s Ozarks is a place where forty-year residents are still considered outsiders, loyalty to one’s own is primary, and justice happens in the form of personal reckoning. Reckonings come down hard in almost all of these stories, but surprisingly, they rarely come at the end, as one might expect. Woodrell confounds expectations by setting incidents of betrayal or wrongdoing in the past. Instead, his characters recall unresolved history, the promise of violence and oblivion at hand. Woodrell leaves his character—and his reader—in a state of nervous ambiguity, the story concluding before the final justice is dealt.

Though Woodrell’s characters live in a state of extremes, they have a very real resonance due to the increasingly dire situation of the American working class.

As is the case in the story “Uncle,” where a young girl who has disabled her rapist uncle must care for him in his invalidity; the story ends moments before the final moment of reckoning. In one of the strongest stories in the collection, “Night Stand,” a married veteran kills a naked intruder in his own home and the story ends in a moment of frightful transference and transformation. The story “Twin Forks” begins with an almost Proustian moment of childhood recollection, but it ends with its main character in the same position as the Swede from Hemingway’s story “The Killers”: languishing about, waiting on a promise of death to be delivered by two men—crank-heads rather than hired guns in this case—whom he’s run afoul of.

Though the characters that Woodrell has created are often strange, violent, even grotesque, they are always recognizably human. And though they live in a state of extremes compared to most Americans, their stories have a very real resonance due to the increasingly dire situation of the American working class. There are lots of authors writing about rural America these days; books like Wells Tower’s Everything Ravaged, Everything Burned, Shann Ray’s American Masculine, and Philipp Meyer’s American Rust have come out to notice and acclaim. But whatever their merits, they’ve all come after Woodrell. He was there first, turning out precise, lyrical tales of these Americans getting caught up in desperate and dangerous situations beyond their control.

Woodrell has long been known as a crime novelist and there is no doubt that he’s in the top tier of that genre. Like Richard Price or Dennis Lehane, his books are not usually regulated to the crime section of the bookstore, but are shelved alongside ‘literary’ works. In the end, Woodrell’s prose is so good that it’s hard to deny him literary status, regardless of the fact that he deals in elements of genre fiction such as eventful plots and incident, and his characters are heavily tasked and make dramatic decisions.

Though the stakes in his stories might seem smaller because of the isolation of their landscape, they are epic for the characters concerned. This is what puts Woodrell over the top, making him not just best crime writers around today, but one of the best American writers. Woodrell’s stories and novels keep the reader invested. In the purest sense, while other authors write characters, Woodrell writes heroes. In the end, for all their bloodiness and blood-mindedness, you won’t want to put the album down.