The Dangers of Proximal Alphabets 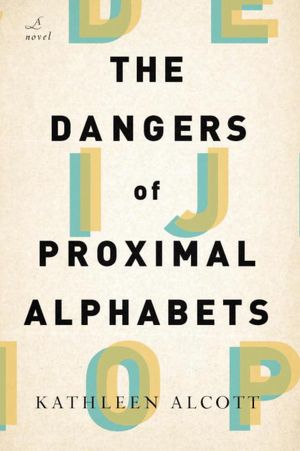 is a lyrical, heartfelt novel about the way people try to hold onto things that are transient by nature. Youth, love and life all slip past the reach of these characters as abruptly as their dreams, which themselves play a large part in the book.

The story does not so much describe the dreams of its characters as it does the effect those dreams have. Focused on Ida, who grows up in and around San Francisco, and her long-time love Jackson – “I”and “J” as they often refer to one another – the novel traces the trajectory from their childhood through their mid-twenties, as they discover all of the intricacies of intimacy with one another.

Separated at the start of the book, seemingly irrevocably (as compared to the numerous times throughout the years when they’d broken up before), we come to find out how such a tear could occur between two people who seem the dictionary definition of soul mates.

Ida and Jackson both grew up raised by single parents after the death of their mother and father, respectively. Much of the novel has Ida, who narrates, trying to hold onto the few memories she has of her mother before she passes in a horrific accident (one of the novel’s most memorable and haunting moments is a description of this event). She has a close bond with her father, but she longs for a full family, which is why she takes up with her neighbors, the brothers Jackson and James.

It is nice to read a novel based around city-dwelling twenty-something creative types where the author is not constantly looking down on her creations.

They themselves come from a home hit with death: their absent father having died of a drug overdose during their childhood. Along with their strong-willed, but overworked mother, the five characters form a surrogate family out of their two fractured ones. The way the relationship between Jackson and James’ mother and Ira’s father changes throughout the course of the novel is a surprising, but welcome, inevitability.

Alcott cuts back and forth in time to hit upon important moments in the main characters’ lives: their childhood adventures, first experiments with sexuality, as well as drugs and alcohol, and the pains that come with growing up. As James begins to show signs of bi-polar disorder and drug addiction, Ida and Jackson begin to face their own problems.

Here is the main conceit of the plot: over the years, Jackson and James develop the habit of carrying on surreal, but almost linear, conversations with one another during sleep. Ida is witness to these, and eventually becomes their manipulator. As the three grown up and Ida and Jackson move in with one another, his somnambulism grows more physical. He is given to violent outbursts in his sleep, which end up hurting those he cares the most for. 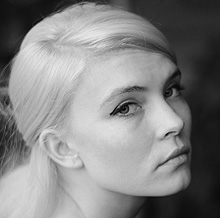 But alongside this frightening development, Jackson’s unconscious sleep behavior also ends up, thanks to the intervention of Ida, leading him to make breathtaking works of art. The way this plot-line develops leads to the central rift between the characters. It is a slow process of painful attrition, and though it hurts the reader to see how it plays out, it does so because Alcott is able to render the sense of dread, sorrow and inevitability palpable.

At times the characters can seem illusory, vessels for actions more than fully rounded individuals. Alcott has a tendency to describe them via tangible physical traits and quirks. She is very fine at description, so this does not hamper the story overall, but sometimes the reader will want a little more internal depth.

Overall, however, the sense of these characters lives feels fully rounded. Alcott has obviously spent a great deal of time living as these characters, and one can feel the love she has for them present at all times, even when they are making grave mistakes. It is nice to read a novel based around city-dwelling twenty-something creative types where the author is not constantly looking down on her creations.

The Dangers of Proximal Alphabets is written in very graceful, sensitive prose; Alcott is deft at stringing together sentences of beauty that are neither overwritten nor what one would call sparse. As a debut novel this shows immense promise, and as a singular story it is one that is likely to linger.

Even as the novel closes around loss and mourning, you feel that the characters’ own stories will continue beyond the last page, and there is more than a little bit of hope that they will find the solace they seek throughout.