Love and Shame and Love 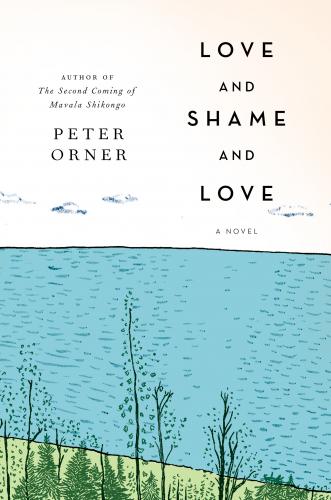 , one first suspects that they are in store for an intellectual tragicomedy in the tradition of Saul Bellow, what with the story following the ups and downs of three generations of a middle-class Jewish family traversing through the city of Chicago, and its outlying suburbs. Orner—who has previously published one other novel, The Second Coming of Mavala Shikongo, a critically acclaimed collection of short fiction, The Esther Stories, as well as serving as editor for two McSweeney’s Voice of Witness books—has been referred to as “the Saul Bellow of the McSweeney’s generation” (by author Tom Barbash), and his latest even takes its epigraph from Bellow’s novel The Actual.

However, as Orner’s story unfolds, we quickly come to understand that we’re in for something quite different. Orner has a style all his own; he combines short vignettes, sometimes taking up only a quarter of a page (and a few times consisting of only a couple lines), and forms a long novel out of them. These often serve as snapshots, capturing an essential truth or revelation about a character in a quick action. At other times they can cover as much history as any regular chapter in another book. While Orner doesn’t seem to be too interested in traditional notions of plot, conflict, and resolution, the combined effect these short chapters is one that fully encompasses a family’s emotional saga.

His main protagonist, Alexander Popper, is the second of two sons of a politically connected Chicago family. He begins the novel studying creative writing at the University of Michigan, and, after he starts a relationship with a headstrong, fiercely independent fellow student named Kat, he attempts to read her a story he wrote about two old ladies sitting on a bench and reading.

When she criticizes the story (which, tellingly enough, is a piece of flash fiction) for not having any story, Popper tries to drop some high-minded aestheticizing on her about how “requiring something to happen is tantamount to literary tyranny.” She responds by arguing that in real life, people cope with the static nature of the everyday by connecting themselves to stories where things do happen: by taking drugs, dreaming, tuning out in front of the television. The inner life of normal people is eventful, even if it’s not outwardly, obviously so.

Throughout the novel, bodies of water play a large part, specifically Lake Michigan.

It’s this delicate balance that Orner walks in this novel. Though he is not focused on resolving the struggles of all of his characters, wrapping them up in neat packages, he is able to find the shape of their stories. Love And Shame And Love is not particularly filled with set-pieces (though there are some, such as the witnessing, from an apartment window a few blocks away, of the Westside rioting in Chicago that followed the assassination of Martin Luther King Jr.), but it’s certainly not a novel where you would complain that nothing happens. It’s an engaging read, partly because Orner is so empathetic towards his characters that it rubs off on the reader. Another thing that gives the novel its sense of momentum is that Orner has created characters that are flawed, to be sure, but none of whom are unlikable.

Though Orner sets up Alexander Popper as his foremost protagonist—it’s never made explicit, but there is a sense that the chronicling of the story is Popper going through a chest-box of his memories, compiling them less chronologically than by the emotional threads that weave them together—its really an overarching history of the Popper clan, and specifically their inability to resolve the love they have for each other with the inability to have that connection be enough.

The elder Poppers—Alexander’s grandparents Seymour and Bernice, and parents Phillip and Miriam—all try to navigate their way against a constant tide of expectations they constantly fall short of. Seymour is a failed businessman who gets in at the end of World War II and can never get over a sense of shame that he wasn’t engaged in the bulk of the conflict; Bernice, a failed dancer who finds herself stuck beside a husband who she’s never truly loved; Phillip, a successful lawyer with political connections, unable to achieve his dream of becoming a mover-and-shaker in his own right; and the beautiful, intelligent Miriam, who struggles to achieve her own measure of self-worth until after her marriage erodes. Their story is also the story of Chicago in an immediate sense, and America in a larger one.

Throughout the book, various real-life figures pop up, including Sinatra and Sammy Davis Jr., a string of important Chicago mayors (particularly father and son Daley), Walter Mondale, and Michael Dukakis. For the Poppers, politics is personal—as Miriam says to her sons, Alexander and his wise-beyond-his-years, acerbic older brother Leo, “Remember, we’re Democrats before we’re Jews. It’s the only thing that’s nonnegotiable” —and so through them we get to experience the sense of placelessness of progressives during the previous generation, when America laughed off sensitive, moderate liberals in its embrace of Reaganism.

This is not to say that the novel is preachy or whiny, and it certainly makes no bones about the ingrained corruption of Chicago’s particular brand of politics. It can just as often it can be gently mocking of certain ingrained liberal attitudes, specifically when we take up with the college aged Alexander, who moves around with an elitist, know-it-all attitude that we’re all familiar with.

But even the youngest Popper is forced to grow up quickly, as the relationship he builds up with his college infatuation, Kat, takes turns that are both surprising and all-too inevitable. Where we leave him at the end of the book—where we leave almost all of the characters—is not necessarily the place we were hoping they’d end up, but it’s the place we know they had to. The book ends not so much on a dark note as a melancholy one. It doesn’t offer any easy outs, but it does leave the characters each with their own sense of dignity intact, and not an insignificant amount of hope.

Throughout the novel, bodies of water play a large part, specifically Lake Michigan. In one important scene, Alexander’s father attempts to teach him to swim by tossing him in the lake and letting him figure things out for himself. This event, and the effect it has on Alexander, will reappear throughout the novel, including in its final pages, and it serves as a metaphor for the struggles all the characters will endure—learning to deal with overwhelming forces in the moment, never having been able to prepare themselves until they’re in there, fully submerged. But those bodies of water also serve another purpose, which is perhaps the one that gives the book its most enduring quality. They conjure up a certain mood—caped as they are in the chill and fog and wind of Chicago—one of melancholy and somberness, but also a crisp, clear beauty. This is the type of book that is best read on a chilly morning; it augments the gentle loneliness of such a state, but it also reminds you that the day is yet to unfold.