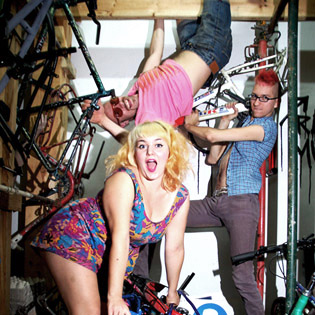 BikeSmut. This traveling film festival of bike-porn shorts was launched from—where else?—Portland, OR (the stomping grounds of Reverend Phil, one of Bike Smut’s main provocateurs). The festival has traveled the country annually since 2007, but only came to my attention this past month as it rolled its swath through L.A.—showing first at the Bike Oven and again at the Bike Kitchen.

The films shown are not available any where else—not for purchase, illegal download, or otherwise. Bike Smut insists on a unique, shared, and participatory viewing experience. At the particular showing I attended, an audience member suggested by yelling that we vote on the next film to watch by dancing—and so we did. This year’s festival theme is The Orgasm Trail, so at each river crossing, etc. (you know the game), we were offered choices leading to the next film choice. The answer with the most grooving bodies won. And so it went, to the ecstatic, dancing finale of the evening—though I suspect the party actually moved, not ended. 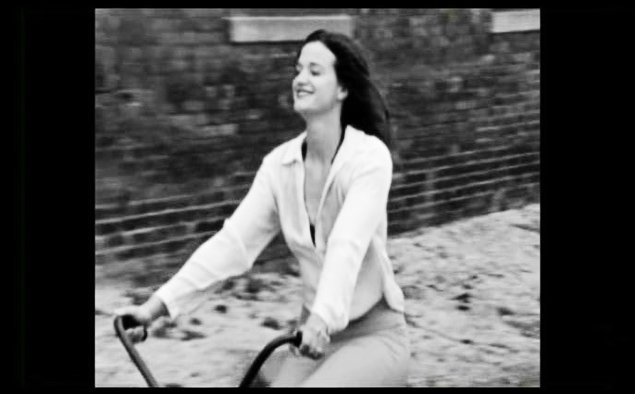 Bike Smut takes bike culture and the fetishization of the bicycle deeper than ever. Reverend Phil’s call for “better transportation and better sex” is irresistible, as are the Bike Smut pillars: joyful exploration, shameful flirtation, and radical honesty – after all, shouldn’t social change be orgasmic? Follow the tour here.