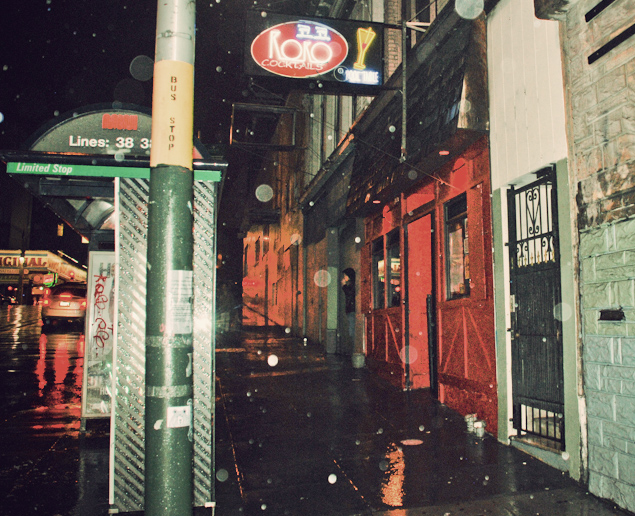 The Tenderloin Reading Series has been going for two years now, and March’s episode of the quarterly event also marked the release of the debut issue of Tender-Loin, a new literary journal. The journal is edited by Valerie Chavez and Jonathan Hirsch, who started the reading series. Hirsch described it as springing from the Tenderloin reading series but also independent of it. 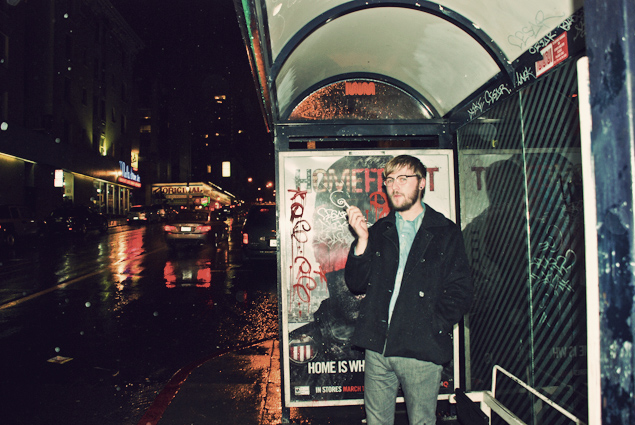 Hirsch was doing a weekly DJ night at Koko Cocktails, spinning 45s of soul and R&B, when he got the idea to do a reading series exploring the Tenderloin neighborhood (where he also lives, nearby on O’Farrell Street). The bartender approved, and Hirsch soon began inviting readers and organizing and emceeing the quarterly event.

Saturday’s event began with Hirsch delivering a thank you for the last two years of local support. He read an elegy for the Cathedral Hill Hotel, which is to be demolished and replaced by a hospital, then introduced issue #1 of Tender-loin, and the first reader, Tony DuShane.

DuShane recounted his conception from the point of view of a sperm, in a graphic, cringe-inducing description of mom and dad’s encounter in a parked car. Afterwards, DuShane announced his parents were in attendance—they raised their glasses from the bar as the audience applauded. DuShane is the author of Confessions of a Teenage Jesus Jerk, a novel about the coming of age of a sexually frustrated adolescent Jehovah’s Witness. He also hosts the radio show, Drinks With Tony.

After DuShane, two poems by Ed Bowers were read in his absence—Bauers was scheduled to read but was home ill. Valerie Chavez and Charlie Getter read poems “The Mind is a Dream Machine” and “Why I was born,” both featuring a Beat-styled combination of cosmic inspiration and down-and-out city life, featuring “a hotel room the size of a closet,” with a bathroom down the hall.

Joe Landfield followed, starting by revealing he’d not only observed the street urchins in the Tenderloin, but once had the experience actually of being one of those street urchins—and he wanted to say there was nothing fun or romantic about it. Landfield read several abrupt poems, then a stand-out one called “Poem About Breaking and Entering,” where the narrator wakes on a couch in a strange house with the taste of beer in his mouth, is confronted by the residents, and runs from the house only to turn back, knock on the door, and ask for his shoes.

Charlie Getter, a founding member of the long-running 16th and Mission poetry series, appeared next. Getter’s delivery is from the spoken word / slam school, and his writings, committed to memory, are a rapid-fire barrage of imagery. He began with the reminiscence of a man from the country who has come to know a city better than the place he was raised, who imagines peeling back the sidewalk and finding a landscape of green. The nostalgia slips away into a “world with a snarl on its face,” in which “everything gets ugly and dies,” which became a hysterical refrain.

Hirsch concluded the reading with a poem by Alan Kaufman and one of his own, and a final plug for the new journal.