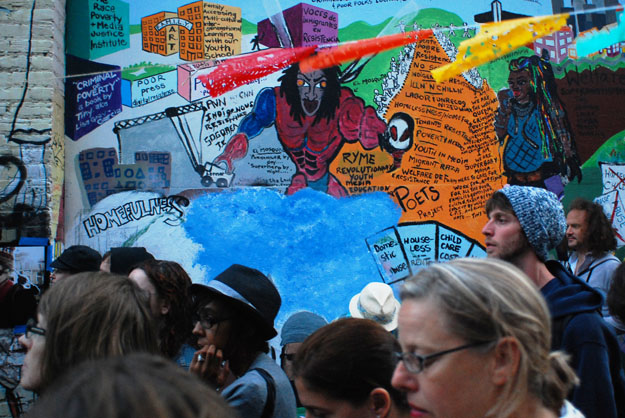 Like the 4.2 magnitude earthquake last week that jolted the Bay Area, Litquake 2011 came and went quickly this October, leaving us all with different impressions. The event has grown so huge it’s impossible to truly take in, like one of those music festivals with multiple stages going at once. That especially applies to Litcrawl, the pub crawl that culminates Litquake’s two busy weeks.

The Creosote Journal is a small operation, but we managed to hit up some events and do some coverage. Zach Vasquez caught up with Ozarks novelist Daniel Woodrell at a Litquake event in the Marina. And Naomi Worthington cruised by an event at the Lone Palm and found some inspiration there. 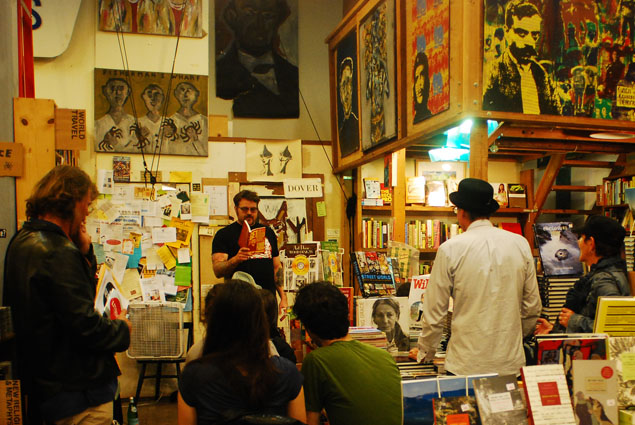 Several of us were out and about on Valencia Street taking nips from a whiskey flask for Litcrawl, and crowded into events including the always-entertaining Bucky Sinister’s reading at Dog Eared Books, and one by McSweeney’s at the Latin American Club, where poet Matthew Zapruder delivered some rousing free verse summoning some of that Occupy Wall Street energy. At the Summit, the awesome Louis B. Jones made an appearance at the Threepenny Review’s event, though I struggled to hear what he was saying. 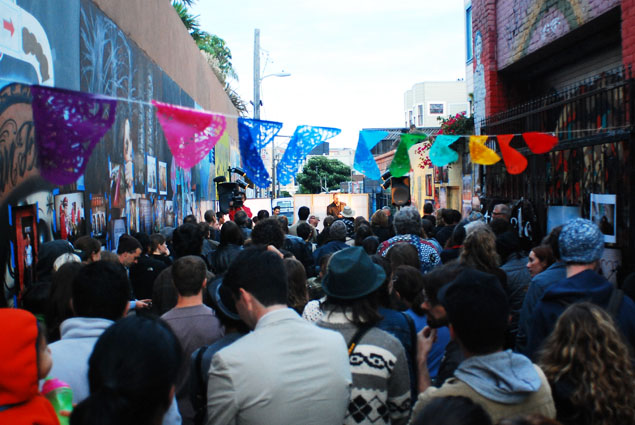 Nothing’s better than seeing the twilight turn to dusk from Clarion Alley, and the I Live Here SF event gathered firsthand tales of The City to kick off the night. Named after photographer Julie Michelle’s interview project (see the website), it was a collection of personal homages to San Francisco by an assortment of writers and storytellers—including Tenderloin author William Taylor Jr. and fabulous drag queen Cassandra Gorgeous—that reminded anyone present why they love this place, and why they put up with it despite the ways it drives you crazy.

Did you know Litquake has a new, quarterly online literary journal going? It’s called Magnitude, and you can read issue 1.1 here. They’re now accepting submissions for issue 1.2, to be released in January. If Litquake can channel the kind of collaborative energy they harness for the event into this journal, it could be a great thing.