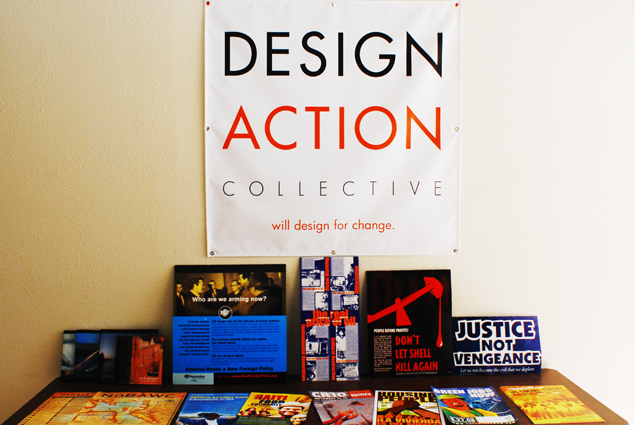 Oakland-based Design Action is a different kind of design firm. There’s no suits, no designer furniture, no art director in a corner studio, no receptionist. Design Action is a worker-owned co-op, and their clients represent a range of grassroots organizations doing front-line social justice work on issues including immigration, foreign policy, and resource exploitation. If you went to a demonstration in California against the Iraq war or in favor of immigration reform in recent years, you almost certainly have seen one of their posters.

I sat down with one of Design Action’s founding members, Innosanto Nagara, to find out more about their alternative model of running a design studio. Nagara, originally from Indonesia, studied Zoology and Philosophy at UC Davis before getting into graphic design through freelancing and on-the-job training. In addition to Design Action, he’s active in a collectively-owned, not-for-profit aikido and jujitsu dojo, called Suigetsukan. 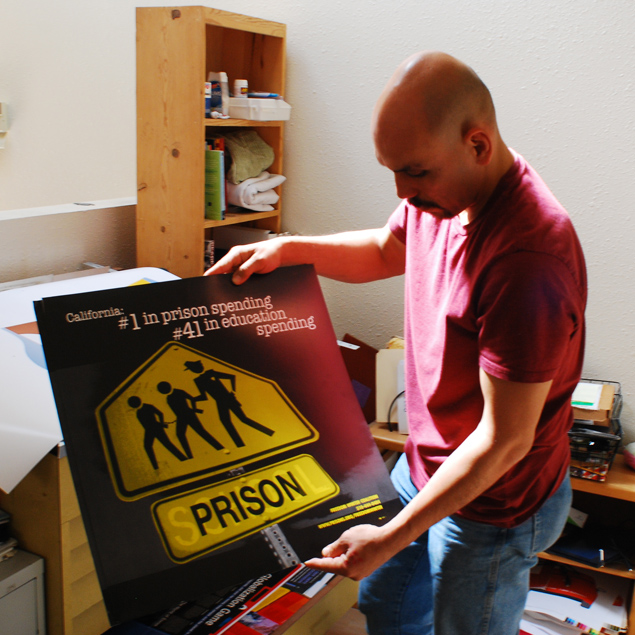 Can you describe some of the clients and projects that stand out to you most, looking back?

One of our calling cards when we first started out was a series of reports we did for Project Underground. They were an organization that investigated abuses by the mining, oil, and gas industries, and campaigned for the human rights of indigenous communities. We did creative take-offs on the annual reports of the companies that they were targeting. Shell, for example, who they had a campaign going after following the execution of Ogoni leader Ken Saro-Wiwa.

They were doing very hardcore, on the ground work… and very dangerous work, and then coming back with information and stories that no one in the media was willing to take the risks to go get. It was a good partnership because they understood how to tell stories in a way that was succinct and accessible, and they believed that the design made a difference.

Another thing that I’ve always felt good about is a lot of these anti-war posters we designed, like the “Not in Our Name” posters and the “Justice not Vengeance” posters. We were able to do in collaboration with the progressive printers’ network, working with shops around the country in cities like Chicago and Boston, to present a kind of unified message with a strong visual unity. 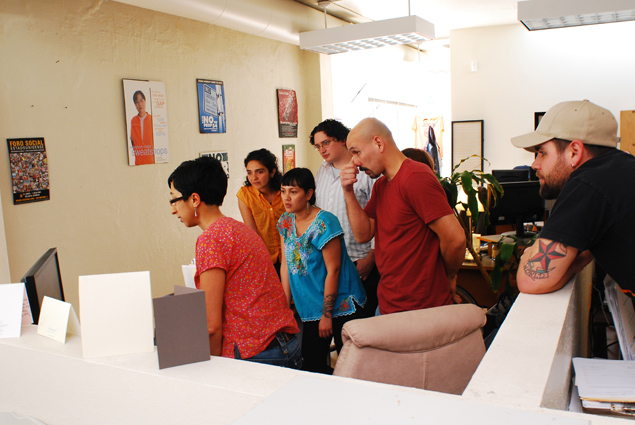 How did Design Action get its start?

We started as the design department of Inkworks Press, which is a worker-owned co-op, union printshop in Berkeley that’s been serving the movement for social change since 1973. As we developed the pre-press and design department over the years, it became clear that what a lot of people needed as much as the printing was visual communications, including graphic design and the web. So in 2003 we decided to spin off Inkworks and form Design Action. 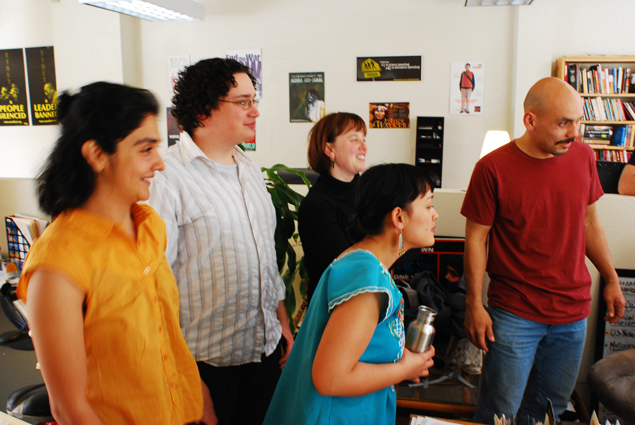 How do you work as a collective and why?

Basically, we’re a mission-driven shop that’s designed to serve the movement for social justice. It’s our belief that people should own their labor, so worker ownership and democratic, collective decision making is the way to go.

How does the creative process work with your organizational structure?

The collective structure wasn’t designed primarily as a creative process. It was designed primarily as a political decision making process. That said, for us, it works really well because it’s created a space where we have nine empowered people. You don’t just have one or two brains that are the principals, and an art director determining how everything looks, and then you have the minions producing the work. Everyone handles projects, either individually or in teams, from start to finish. 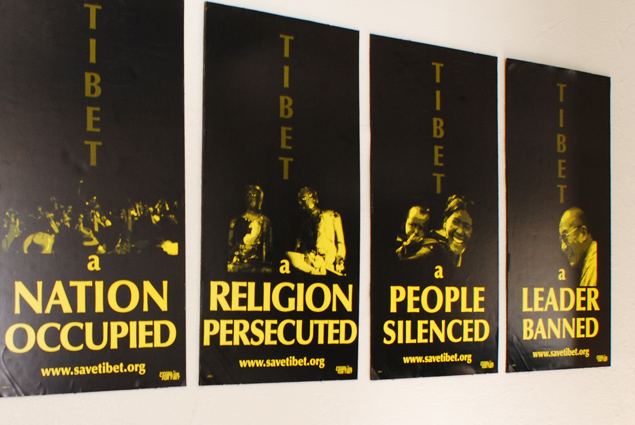 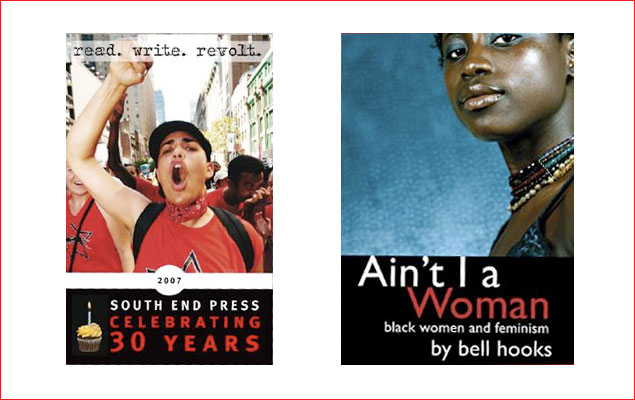 What role do you see graphic design usually performing in our society, and how is Design Action different from that?

To be honest, we don’t really spend a lot of time thinking about how we fit into the graphic design world. I suppose we’re kind of disconnected from that. The whole Adbusters thing—all these people who were graphic designers, made a lot of money doing corporate design and then are trying to figure out how graphic design can have a conscience.

I think that’s great, but our starting point is that we’re activists first, and graphic design is a tool that we use. Individually, people have interests, but as a shop, we’re not trying to redefine the industry. But what we do see is, there’s a lot of people doing graphic design who would rather be using their design to do positive things, to do social change. So, people are always interested in what we’re doing. But we have to be honest—we didn’t come at it from that angle.

Our mission first and foremost is to serve the movement for social change. There’s a lot of organizations doing great work, who given the opportunity would solve a lot of our problems—such as health care. They’re things most people want, yet when you go through the political process we tend to not be able to get them.

So, part of this is a failure to communicate. Our job is to help in that battle for hearts and minds.